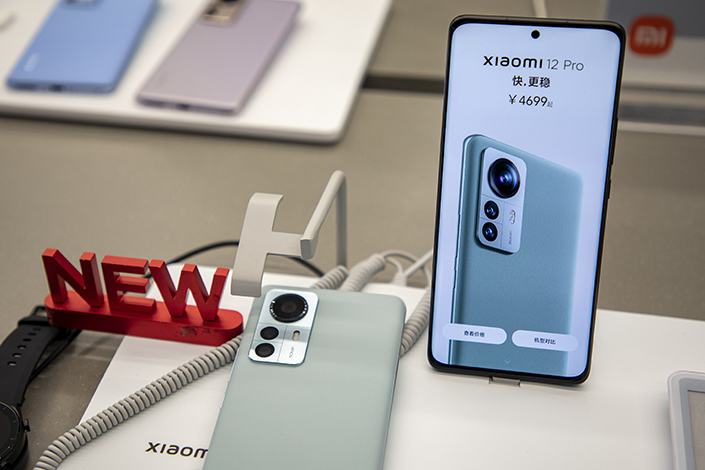 Xiaomi Corp. unveiled its latest flagship smartphone series in anticipation of gaining a bigger slice of China’s high-end smartphone segment market dominated by Apple Inc.’s iPhones as the company seeks to overturn consumers’ long-held notion that it is a budget brand.

The launch Tuesday night was touted by Xiaomi CEO Lei Jun as a renewed effort by the company to challenge the new iPhone 13 series that its bigger rival unveiled in September.

It comes at a time when Huawei Technologies Co. Ltd. is nowhere to be seen among the top smartphone vendors due to core component shortages caused by U.S. sanctions in force since 2019.

China outlined its commitment to export controls aimed at preventing the proliferation of nuclear weapons and other military technology in its first white paper on the subject. Beijing also vowed to fast-track the drafting of a comprehensive list of items prohibited from sale overseas.

China will maintain “a holistic approach to national security,” fulfill its international obligations including maintaining peace and nonproliferation, promote international collaboration and oppose the abuse of export control measures, according to the white paper.

A shop’s door is slightly open, lights on inside, and a faint sound comes out. Outside the door in the darkness, Xi’an resident Li Yuan and several others wait to buy food.

“It’s like conducting a ’black market’ transaction," Li said. "One person is allowed in at a time, and the door is shut behind.” That’s how locals in an urban village in the northwestern Chinese city’s Yanta district “secretly” bought daily necessities Monday.

Residents in the capital of Shaanxi province have been told since Monday to stay at home unless they need to be out for nucleic acid testing. The city, home to almost 13 million residents, went into lockdown Dec. 23 amid a growing outbreak of the Covid-19 delta variant, with movements of people curtailed and risk areas sealed. The upsurge of infections was traced to a Dec. 4 flight from Pakistan.

Three people who conned Tencent Holdings Ltd. were sentenced to jail for up to 12 years by a court in southwestern China’s Guizhou province Wednesday, according to a source close to the defendants who confirmed the information with Caixin.

The three were sentenced to six, seven and 12 years of prison time. They plan to appeal against the decision to a higher court, the source said.

A local procuratorate in February charged the three with contract fraud. According to the procuratorate’s notice, the three pretended to be employees of Lao Gan Ma, a beloved chili sauce brand, and tricked Tencent into signing contracts to obtain huge benefits from the Hong Kong-listed tech giant.

China’s Tsinghua Unigroup won backing from creditors and shareholders to advance a restructuring plan that will bring in strategic investments of 60 billion yuan ($9.42 billion) to restructure the debt-ridden chip conglomerate.

Creditors representing more than 90% of outstanding claims voted in favor of the draft restructuring proposal during a second creditors’ meeting Wednesday, Unigroup said.

Following the China Securities Regulatory Commission’s announcement (link in Chinese) Tuesday, JinkoSolar Holding’s shares jumped 4.6% Tuesday in the U.S., before giving back 1.8% Wednesday to close at $43.30.