CX Daily: Five Things to Know About China’s Plan to Stabilize Growth in 2022 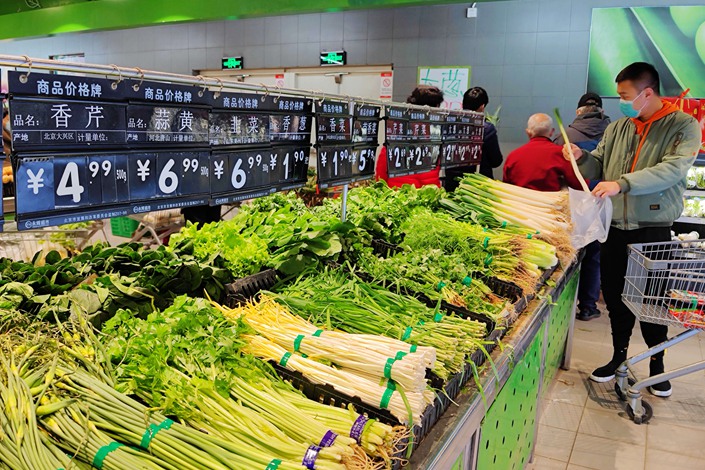 Stabilizing economic growth has reemerged as the top priority of China’s policymakers as the world’s second-largest economy’s initial rapid recovery from Covid-19 flames out.

“Economic growth is the biggest challenge of 2022,” said Yang Weimin, a top economic adviser. Economists said they expect that growth continued to moderate in the fourth quarter of 2021 from the 4.9% year-on-year pace in the July-September period — the weakest in a year. In 2022, the annual growth rate is expected to fall below 6% or even 5.5%, compared with an estimated rate of around 8% in 2021.

Here are the key things to watch for with China’s economy in 2022 and how the government will respond to bolster the economy.

Tesla Inc. is recalling around 200,000 cars sold in China due to front hood and rear trunk issues that could raise the risk of collisions, a move that came as the U.S. electric carmaker beefs up its investments in the world’s largest auto market.

The recalls involve nearly 20,000 imported Model S sedans manufactured between January 2015 and November 2020 that may have latch problems with their front hoods, according to a notice released Friday by China’s State Administration for Market Regulation.

An agreement to create the world’s largest free trade zone took effect Saturday, bringing together 15 Asia-Pacific countries that cover nearly a third of the world’s economy.

The Regional Comprehensive Economic Partnership (RCEP), inked in November 2020 after eight years of negotiation, went into force for China and the nine other countries that were first to ratify the agreement: Japan, New Zealand, Australia and six members of the Association of Southeast Asian Nations (ASEAN) — Brunei, Cambodia, Laos, Singapore, Thailand and Vietnam.

China’s manufacturing activity rebounded at the end of 2021 as production accelerated and inflationary pressure eased, a Caixin-sponsored survey showed Tuesday.

The Caixin China General Manufacturing Purchasing Managers’ Index (PMI), which gives an independent snapshot of the country’s manufacturing sector, rose to 50.9 in December from 49.9 the previous month, according to the survey report. Readings higher than 50 indicate expansion.

A city of 1.3 million people in Central China has been put in lockdown after it reported three asymptomatic Covid-19 cases. It’s the second city to face such travel restrictions following the closure of Xi’an in late December.

Starting Monday, all residents in Yuzhou in the province of Henan have been required to stay at home. Authorities also sealed off the city’s downtown area and barred people from entering and leaving.

Opinion: New VIE rules — is the door half open or half closed?

China forges ahead with plan to end NEV subsidies before 2023

China slashed subsidies for electric cars and other new-energy vehicles (NEVs) by 30% as it works toward the goal of phasing them out completely by the end of 2022, two years later than originally planned.

The decision to forge ahead with the cut to state support comes after sales recorded bumper growth in 2021. In the first 11 months, deliveries surged 166.8% year-on-year to about 3 million units, according to the China Association of Automobile Manufacturers (CAAM).

In a Friday notice (link in Chinese), the Ministry of Finance said subsidies for personal or commercial NEV purchases would be reduced by 30% while NEVs for public transport, urban logistics, and other public utility purposes would go down 20%. All cuts have been effective since Saturday.

Debt-challenged developer China Evergrande Group’s shares resumed trading Tuesday in Hong Kong as the company tried to ease homebuyer and investor concerns about a local government order for it to tear down 39 apartment buildings in Hainan province.

The shares were suspended the previous day after the Danzhou city government told Evergrande that it had 10 days to demolish the buildings because its building permit was illegally obtained. The buildings are part of a resort project involving artificially built islands off the coast of the southern island province.

The city’s annual average concentration of PM2.5 — ultrafine particles that are hazardous to health — dropped to 33 micrograms per cubic meter in 2021, reaching the national standard (link in Chinese) of a maximum of 35 micrograms for the first time since records began in 2013, according to a statement published by the Beijing Municipal Ecology and Environment Bureau.

State-owned telecom giant China Mobile Ltd. is set to debut on the Shanghai Stock Exchange Wednesday, according to its exchange filing to the Hong Kong bourse Tuesday.

No additional details were offered in the latest notice. But in a filing two weeks ago, the company said it aimed to raise up to 55.9 billion yuan ($8.78 billion) — placing it among the largest global offerings of the past year — by selling up to 972.6 million shares at 57.58 yuan each.