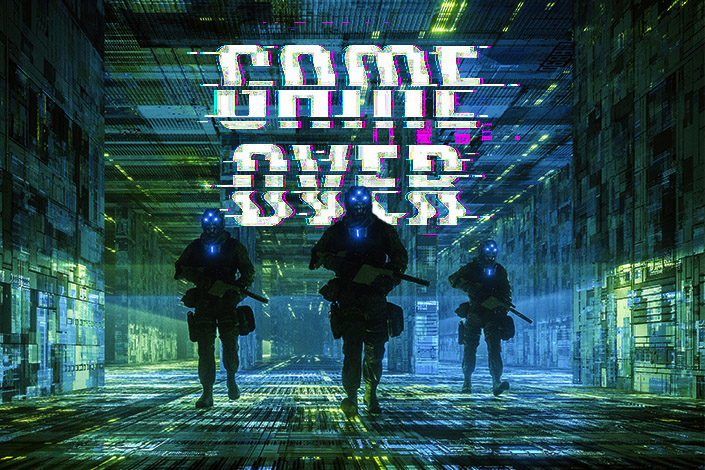 The future of Chinese video game companies is hanging in the balance as Beijing’s freeze on licenses for new titles enters its seventh month.

The National Press and Publication Administration (NPPA), which oversees licensing video games in China, has not published a list of approved new titles since late last July. It’s the longest hiatus since Beijing carried out an eight-month hold on giving out licenses back in 2018.

This freeze has become a major headache for the industry, driving many companies out of business. During the six months between July and December, 140,000 gaming companies shut down, according to data from commercial query platform Tianyancha. In contrast, just 18,000 shuttered their businesses in 2020.

Cover Story: The beginning of the end of the post-Cold War world order

At 4 a.m. Feb. 24, when Russian missiles pounded the Ukraine capital Kyiv, the post-World War II world order faced its most severe challenge — far more so than the Balkans crisis of the 1990s and the regional wars in eastern Ukraine since 2014.

Hours after Russian President Vladimir Putin announced a “special military operation” to “demilitarize” Ukraine in a nationally televised speech, multiple cities in Ukraine came under attack from three sides by land, sea and air. Massive explosions were heard in Kyiv, and street fighting broke out early Sunday in the second-biggest city, Kharkiv.

Hong Hao: What the Russia-Ukraine conflict means for Chinese markets

An artificial intelligence-backed identity verification tool developed by CMB and CMB Wing Lung Bank Ltd. will be used when CMB Wing Lung's Chinese mainland customers open a Hong Kong-dollar account on its app, according to a product description released by the Shenzhen branch of the People’s Bank of China (PBOC).

China is about to rein in its booming, 167.23 trillion ($23 trillion) market for commercial acceptance bills, a risky, controversial form of business financing that played a role in the 2019 collapse of Inner Mongolia-based regional lender Baoshang Bank.

Stung by that financial calamity, China’s central bank and top banking regulatory agency are about to overhaul the 25-year-old regulations governing the bills. The rapid growth in their use in recent years and their involvement in fraudulent financing and other violations spurred regulators to close loopholes and tighten supervision of the instruments.

The Wall Street giant faces closer scrutiny by China’s securities regulator, which may slow its plan to take greater control of its China fund management business. Chinese regulations stipulate that foreign financial institutions should have no record of violations within three years before such a transaction.

Shenzhen is investigating a dental clinic and property management firm for potential violations of epidemic control rules as the southern tech hub strains to contain its latest local Covid-19 outbreak.

The Guangdong province city reported 36 locally transmitted cases Sunday after its government ramped up testing and contact tracing. It imposed temporary lockdowns in some areas. The new batch of cases takes the tally in the outbreak to more than 150, many of which have been confirmed as the omicron variant.

Chinese electric-vehicle (EV) maker Nio Inc. obtained pre-approval for its secondary listing on the Hong Kong Stock Exchange, where its shares are set to start trading on March 10 under the ticker “9866,” according to a statement released Monday.

Nio chose to list by introduction — a way for companies with good compliance to trade their existing shares on another bourse. This means the New York-listed business will not sell any fresh shares or raise any money from the move, the company said in a separate exchange filing with the Hong Kong bourse. Morgan Stanley, Credit Suisse AG, and CICC Capital are joint sponsors.

Debt-ridden China Evergrande Group will sell stakes in four unfinished real estate projects to two state-owned trust firms that have promised to complete them as the troubled private developer works to keep enough cash coming in to pay its bills.

The move shows the lengths Evergrande is willing to go to comply with government directives for developers to complete projects they have already started in hopes of rebuilding confidence in China’s battered real estate market.

All eyes were on prices of aluminum and nickel ahead of their opening in London Monday after supply concerns amid Russia’s invasion of Ukraine and subsequent Western sanctions whipsawed them last week.

Commodities from gold to grains rally as Russia faces isolation