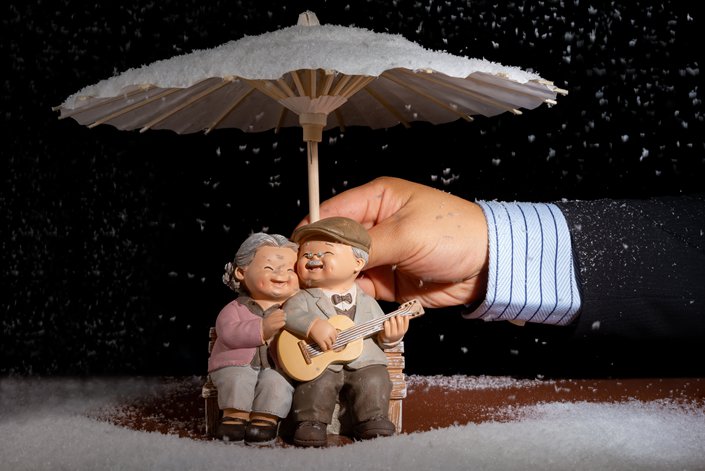 A type of short-term wealth management product (WMP) has become an important source of income for China’s pension insurance firms (养老保险公司) in recent years, but regulators have grown uneasy as this contradicts the long-term role the companies are intended to play in the country’s pension system.

The China Banking and Insurance Regulatory Commission (CBIRC) is steering these companies back to focusing on their original core businesses, including managing employer-sponsored pension funds and offering pension products to individuals as part of the country’s plans to grow its underdeveloped private pension system and combat a looming pension shortfall.

China Meheco links up with Pfizer to market Covid pill

China’s massive gender imbalance will become a “fundamental demographic problem” for the country unless society’s attitude toward women’s contribution to society changes, Nobel Prize-winning economist Esther Duflo said in an interview with Caixin.

“The ratio of boys to girls still continues to be extraordinarily high,” Duflo, a professor of poverty alleviation and development economics at the Massachusetts Institute of Technology, told Caixin in a Feb. 28 interview. “A lot of this one-child generation with a huge lopsided number of boys are now trying to look for partners and there are just not enough women.”

South Korea’s President-elect Yoon Suk-yeol may adopt a hardline approach toward China by aligning further with the U.S. over regional security concerns, according to experts interviewed by Caixin.

Yoon, a conservative former top prosecutor, was elected South Korea’s next president Thursday, defeating his liberal rival Lee Jae-myung by less than 1 percentage point, a record narrow margin. Yoon’s victory returns the conservatives to power after five years and may represent a shift from the country’s “ambiguous” foreign policies toward China under the outgoing president, Moon Jae-in.

In depth: How a graft buster got to be president of South Korea

Hong Kong postponed a plan to test the entire population of 7.4 million for Covid-19 in March as the city shifts its focus to reducing fatalities amid a wild surge of infections.

Chief Executive Carrie Lam disclosed an indefinite delay for the testing plan Wednesday and said authorities will prioritize efforts to expand vaccinations for elderly people living at care facilities and increase the number of hospital beds to treat patients.

Multiple Chinese sectors ranging from transportation to fertilizer production are feeling the pinch of rising costs brought by a surge in gasoline prices as costs of the fuel breached the 8 yuan threshold for the first time in 14 years after the latest oil price adjustment this month.

In Beijing this month, authorities raised the upper price limit for the most popular 92 RON gasoline to 8.05 yuan ($1.27) per liter, while the price of 95 RON gasoline was hiked to 8.56 yuan per liter, according to a statement (link in Chinese) from the city government.

In anticipation of the price hikes, a logistics transportation association in the eastern Chinese city of Qingdao suggested its members raise freight fees by around 15%, according to a notice published Monday.

The wild surge in nickel prices erased more than 20% of the market value of Zhejiang Huayou Cobalt Co. Ltd. in two days as concerns mounted over the company’s souring bets on the metal and links to Tsingshan Holding Group.

Shanghai-traded Huayou Cobalt plunged Wednesday by the daily 10% limit for a second day, wiping out 26 billion yuan ($4.1 billion) of market value over the two days, after nickel futures surged to a record high in London.

Apple Inc. is making a concerted push into the midrange-to-budget smartphone market, analysts say, with a new 5G-enabled handset that will go head-to-head with next-generation devices produced by China’s market leaders.

At a virtual event Tuesday, the California-based company unveiled the third-generation iPhone SE, the latest version of its smallest and cheapest iPhone, which is intended to woo consumers who may be reluctant to pay top dollar for a 5G-enabled iPhone 13.