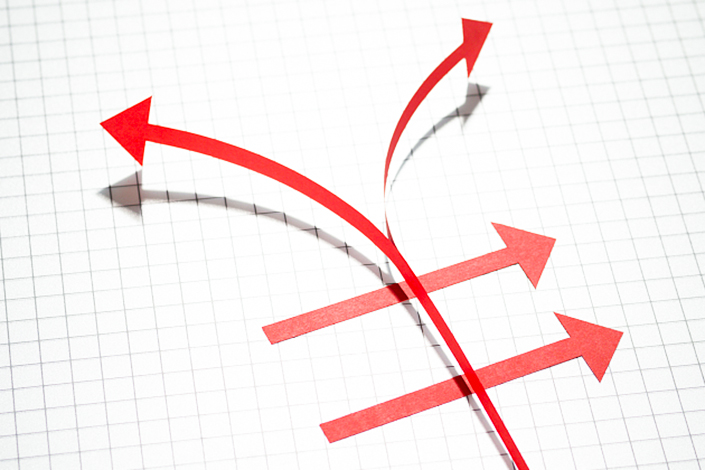 As Beijing seeks to kick-start China’s sluggish economy with a jolt of fresh liquidity, credit easing is set to be its tool of choice. Photo: VCG

As Beijing seeks to kick-start China’s sluggish economy with a jolt of fresh liquidity, credit easing is set to be its tool of choice.

“We will step up implementation of the prudent monetary policy,” said Premier Li Keqiang in his 2022 government work report delivered to China’s top legislature on March 5. “We will use monetary policy tools to adjust both the monetary aggregate and the monetary structure, so as to provide more robust support for the real economy.”

The premier’s promises came as credit demand has been on the decline while the economy’s rapid recovery from Covid-19 has begun to stutter.

Shanghai’s largest makeshift hospital has begun allowing parents to accompany their Covid-positive children after the financial hub shifted its policy to allow some families with infected children to stay together in quarantine facilities.

Local health authorities came under fire online for separating children who tested positive for Covid-19 from their parents as the locked-down city wrestles with its worst outbreak since the start of the pandemic, in which more cases have been recorded than in Wuhan’s early 2020 outbreak.

Activity in China’s services sector contracted in March at its steepest pace since February 2020 as the impact of the latest wave of Covid-19 and the Russia-Ukraine war hit home, a Caixin-sponsored survey showed Wednesday.

The Caixin China General Services Business Activity Index, which gives an independent snapshot of operating conditions in the sector, fell to 42 in March from 50.2 the previous month, the survey report showed.The March reading marked the first contraction in seven months.Readings of less than 50 signal contraction.

The Caixin China General Composite PMI, which includes both manufacturing and services activity, fell to 43.9 last month from 50.1 in February, marking the lowest since February 2020, according to the Wednesday report.

China’s ambassador to the United Nations called on the U.N. Security Council to investigate the “deeply disturbing” reports of civilian deaths in Bucha, Ukraine.

Zhang Jun said during a U.N. Security Council meeting in New York Tuesday that the reports and images of the civilian deaths in Bucha are “deeply disturbing” and that the circumstances and specific causes of the incident should be “verified and established.”

The 11 cities are Tianjin, Chongqing, Guangzhou, Fuzhou, Xiamen and the six cities in Zhejiang province that will host the 2022 Asian Games — Hangzhou, Ningbo, Wenzhou, Shaoxing, Jinhua and Huzhou, the People’s Bank of China (PBOC) said.

The U.S. National Transportation Safety Board (NTSB) sent a seven-member team to China to assist in the investigation of the crash last month of a China Eastern Airlines jetliner that killed 132.

The U.S. team of authorized representatives and technical advisers arrived Saturday to join the probe into the crash of the Boeing Co. 737-800 aircraft in southern China, according to the Civil Aviation Administration of China (CAAC). The CAAC is leading the investigation.

Chinese regulators cleared two domestic vaccine makers to start clinical trials of advanced-technology Covid-19 vaccines, picking up the pace of development to expand the country’s arsenal amid the pandemic’s worst outbreak since 2020.

On Sunday, CSPC Pharmaceutical Group Ltd. won clearance from the medical products regulator to begin a trial of an mRNA vaccine named “SYS6006,” the company said in a statement to the Hong Kong stock exchange.

Huawei deepens bet on batteries with investment in lithium-ion alternative

In a tweet, the Warren Buffet-backed automaker said the decision makes it “the first automotive manufacturer in the world to stop the production of fuel combusting vehicles.”