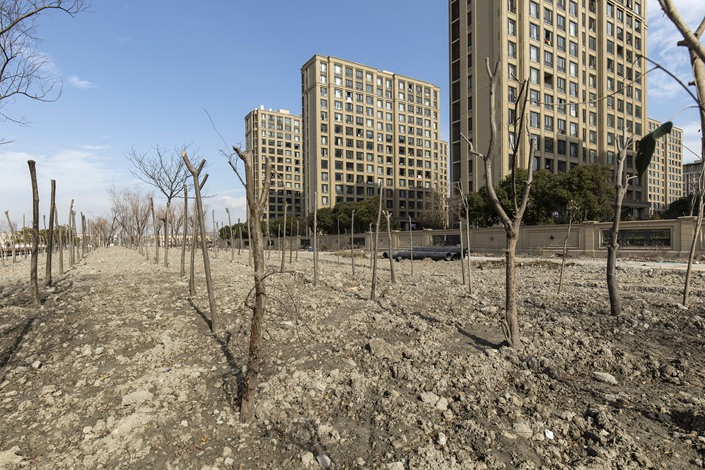 In Depth: Why easing policies might not revive China’s property market any time soon

China’s real estate market is no stranger to typical business cycles. Continual expansion and contraction in sales and investment have helped the market grow in value to four times the country’s GDP.

But while market forces play a role in this cycle, China’s real estate sector is most influenced by government policies. Since the end of last century when the country kicked off major housing market reform, there have been four distinct rounds of national policy tightening and easing.

China strongly condemned a suspected suicide terrorist attack in Pakistan that left three Chinese nationals dead and one injured as it urged the South Asian country to bring the perpetrators to justice.

On Tuesday, three Chinese and a Pakistani were killed in what appeared to be a targeted suicide bombing near the Confucius Institute at the University of Karachi, according to official statements. CCTV footage circulated online showed a woman waiting near the entrance of the institute as a van carrying the victims approached just prior to the explosion. A total of four people were injured.

As the economy shows signs of cooling amid Covid shutdowns, China is putting its foot on the gas to spur consumption, speed development of new-energy vehicles, open duty-free shops in cities and generate jobs for young people.

The State Council, China’s cabinet, issued sweeping guidelines Monday for bolstering economic activity after retail sales fell 3.5% year-on-year in March, the first contraction since August 2020. China is battling its worst Covid-19 outbreaks since the early days of the pandemic, resulting in lockdowns in multiple cities including Shanghai and part of Beijing.

China’s RCEP trade gets off to a good start

China’s trade with other countries in the Regional Comprehensive Economic Partnership (RCEP) rose 9.5% year-on-year in the first quarter after the free trade agreement came into effect for most members Jan. 1, customs data showed.

Trade between China and the 14 other RCEP countries expanded to $449.4 billion, the most for the same period in at least four years, according to Caixin calculations based on data released by the General Administration of Customs. The growth rate slowed from 31.5% a year earlier when trade was boosted by the recovery from a Covid-related slump in 2020.

Opinion: How to fine tune China’s version of the individual retirement account

China’s financial regulators instructed the country’s state-owned asset management companies and nearly 20 banks to help out a dozen Chinese real estate developers that are having trouble paying their bills, including by purchasing their liabilities, market insiders told Caixin.

The instructions came as the real estate industry’s liquidity situation has deteriorated, with many builders struggling to refinance debt and pay creditors as homebuyers and investors stand on the sidelines of a slumping property market.

Meituan shuttered its community group-buying service in Beijing, sparking speculation there could be a connection to the city’s recent Covid-19 flare-up.

“From April 26, the pickup station of your choice will halt services temporarily, to ensure optimal user experience,” Meituan said in a notification published Monday both on its app and WeChat mini program.

Orders taken before April 25 will still be fulfilled, it said.

Chinese drone-maker SZ DJI Technology Co. Ltd. said it will stop doing business for the time being in Russia and Ukraine, a move that came a month after Kyiv called on the company to ground any DJI drones being used by Russia’s military.

The suspensions in Russia and Ukraine will remain in place pending an internal reassessment of “compliance requirements in various jurisdictions,” DJI said Tuesday in a brief statement.