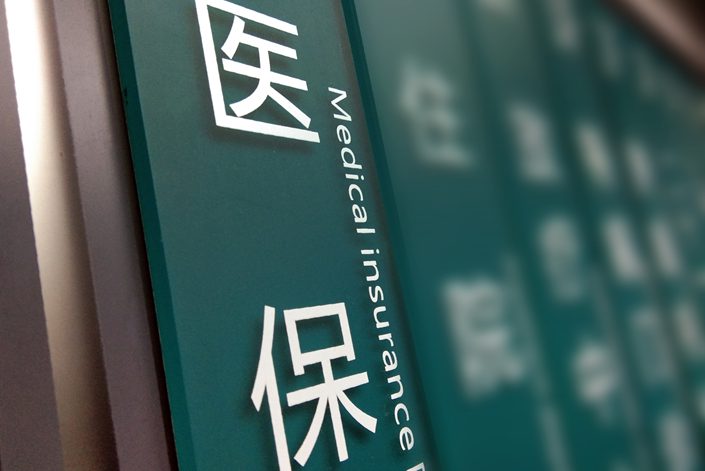 As China’s local governments rack up billions of yuan of health care costs to implement the country’s dynamic “zero-Covid” policy, including mass testing and vaccination campaigns, a debate is growing about where the money is coming from to pay for it all.

Testing to root out chains of transmission has been one of the government’s main weapons to fight the nation’s worst Covid-19 outbreak since early 2020. Cities where flare-ups occur require all residents to undergo nucleic acid tests, also known as PCR tests, usually every 48 hours, to quarantine those infected and their close contacts and to stop the virus from spreading.

No political labels should be placed on climate cooperation, U.S. climate envoy John Kerry told Caixin at the World Economic Forum (WEF) in Davos, Switzerland, noting that it is an existential issue for every country and every person on the planet.

In response to a Caixin reporter’s question about whether such cooperation is a good sign for the two countries’ relationship, Kerry said at a press conference Wednesday that “we both know that our countries have differences … we’ve acknowledged it publicly.”

China faces difficulties in some areas that are more serious than those in 2020 when the Covid-19 pandemic emerged, Premier Li Keqiang said Wednesday at a State Council meeting.

Development is the key to solving all current problems, and the government needs to strike a better balance between economic development and pandemic control with growth as the higher priority, Li said.

The premier pledged that the government would work to protect employment and people’s lives, maintain reasonable economic growth and push for a decline in unemployment in the second quarter.

Tianjin locks down a district and orders citywide Covid testing

Tianjin locked down one of its central districts and kicked off a new round of citywide testing to contain its latest local outbreak of Covid-19. The port city’s health authorities reported 18 local cases Wednesday, up from 17 a day earlier.

More than 350,000 residents of the Heping district were put under “static management” Wednesday, meaning they cannot leave the district unless necessary, state media reported, citing local health authorities (link in Chinese). Most residents are confined to their homes, residential communities or neighborhoods.

More Chinese property developers have been trying to get extra time to make debt payments as they continue to struggle with getting their hands on enough cash to repay creditors.

The repayment wrangling indicates that many Chinese developers remain snagged in a liquidity crisis despite government measures over the past few months to ease severe market and financing restrictions. So far the measures, which aim to keep the industry from falling into financial turmoil, have failed to shore up sales or market confidence.

More of China’s major logistics companies lost money in April as widespread disruption from the country’s Covid-induced lockdowns pushed up costs in an industry where margins have long been paper thin.

In the first four months of the year, 39% of the country’s “key” logistics companies logged losses, compared with 36% in the first three months, according to statistics provided Wednesday by the government-linked China Federation of Logistics and Purchasing (CFLP). No further details were given about the total number of such businesses.

That was despite a previously-stated goal of paring losses this year.

The Hong Kong- and NYSE-traded company’s revenue, meanwhile, jumped 55% from a year earlier to 743 million yuan during the period. Its cost of revenue almost doubled year-on-year to 408 million yuan due to increased spending on advertising services, content-related costs and more headcount.