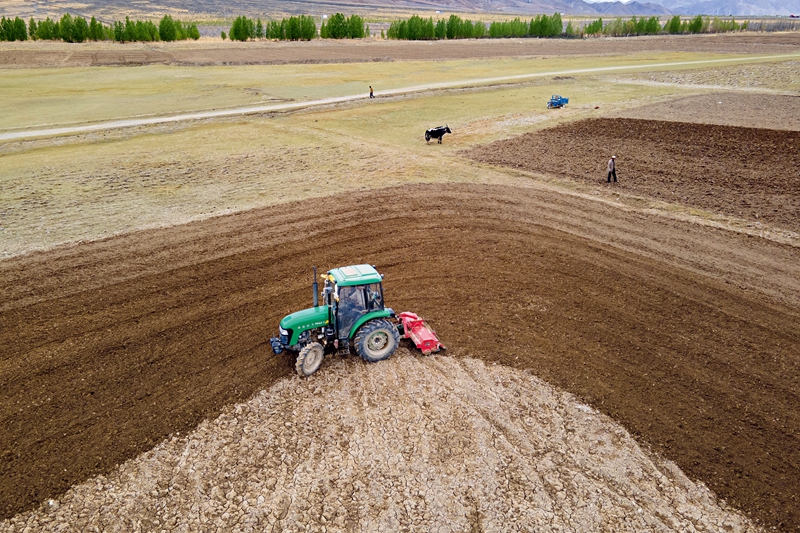 In 2017, a team of senior officials from rural Bianma county on the southwestern edge of Sichuan province traveled 2,000 kilometers to Shaoxing city in eastern China’s heavily populated Zhejiang province.

Their mission was to negotiate a deal that would enable the Shaoxing authorities to sell developers the right to build on land that would otherwise be reserved for farmland preservation. The talks opened two days after China’s central government issued rules enabling certain poor, rural regions to transfer building-rights quotas to richer urban areas in a pilot program.

Beijing relaxed Covid rules for most of the city’s districts Monday, allowing restaurants there to restart dine-in services, as the capital moves to return to normalcy after declaring it had the latest outbreak under control.

In all districts except Fengtai and some parts of Changping, the city also reopened scenic areas, parks and indoor venues like cinemas Monday, albeit at 75% capacity. Beijing resumed public transport in these districts the same day, allowing workers who had been asked to work from home to return to the office, according to a state media report.

Services activity in China shrank for the third straight month in May, though not as severely as in the previous month, as the country continued to grapple with a wave of economically damaging Covid-19 control measures, a Caixin-sponsored survey showed Monday.

The Caixin China General Services Business Activity Index, which gives an independent snapshot of operating conditions in the sector, rose to 41.4 in May from 36.2 the previous month, the survey report showed. Readings below 50 signal contraction.

The Caixin China General Composite PMI, which covers both the manufacturing and services sectors, came in at 42.2 in May, up from 37.2 the previous month.

A former senior official at the Chinese securities regulator was placed under investigation by the country’s top anti-graft agency as Beijing continues its drive to stamp out misconduct in the financial sector.

Wang Zongcheng, who until last Tuesday was director of the accounting department at the China Securities Regulatory Commission (CSRC), is being investigated on suspicion of serious violation of law and Communist Party discipline, the Central Commission for Discipline Inspection (CCDI) said in a statement on its website Thursday, without offering details. Announcements of such nature typically allude to graft.

Chinese officials vow to carry out plans for growth stimulus

Editorial: What kind of fiscal intervention does China need to stabilize the economy?

Airbnb Inc. will help facilitate the transfer of its Chinese mainland rental listings to some of its rivals as the U.S. company ends most of its business in the local market.

In a Friday statement, the California-based homestay and hotel-booking giant said that it signed agreements that would allow homeowners doing business on its Chinese platform to apply to move their personal information, property details, operating data, ratings and reviews to Chinese domestic home-rental platforms such as Meituan Homestay, Xiaozhu, Tujia and Fliggy, a unit of Alibaba.

Amazon.com Inc. stopped supplying its Kindle e-readers to retailers in China Thursday and will close its Chinese digital bookstore next year, marking another withdrawal for a U.S. tech giant from the world’s most populous country.

The e-commerce giant said Thursday that customers will no longer be able to download already-purchased e-books after June 30, 2023, though already-downloaded books on Kindles will not be affected.

Zhao, 52, is filling a vacancy left by Ma Yongsheng, who was promoted to chairman about half a year ago.

China Unicom will have to redo tendering for the construction of a third-party payment platform database that it hopes will help it comply with China’s shifting data regime after it failed to attract enough viable bids.

The company, one of China’s “Big Three” state-owned telecom operators, failed to attract bids from a sufficient number of eligible local firms for the construction of the database after capping bids at a relatively meager 1 million yuan ($150,000), according to an announcement last week.

Archive Interview: Lee Hsien Loong on what Singapore can – and can’t – teach China