CX Daily: How SoftBank Wrestled Back Control of Arm China 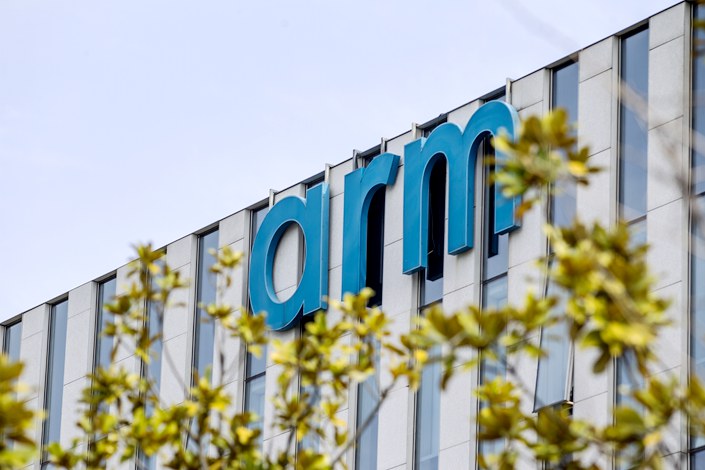 In Depth: How SoftBank wrestled back control of Arm China

Masayoshi Son, billionaire head of SoftBank Group Corp., may have heaved a sigh of relief after wresting control of the Chinese venture of British semiconductor designer Arm Ltd. back from its wily CEO.

Securing Arm Technology (China) Co. Ltd. means the Japanese conglomerate will be able to move ahead with launching a U.S. IPO for Arm Ltd., a potential bright spot in what has otherwise been a streak of bad luck for a company that has been buffeted by Beijing’s crackdown on tech.

“We were not able to audit the accounts of Arm China over the past two years," Son said last month. "But in the future, the auditor will conduct a rigorous review. The only obstacle that prevented Arm from going public has thus been resolved.”

Analysis: China's 'zero-Covid' policy is here to stay despite relaxing of quarantine rules

The ninth version of the national disease control plan doesn’t mean a major shift in China’s overall strategy, experts said. At the same time, authorities are struggling to find the right combination of measures to keep the virus from running wildly out of control while also avoiding the massive shutdowns that savaged the economy in the second quarter.

Charts of the Day: China’s trade deficit with Russia balloons

China’s trade deficit with Russia ballooned since the war in Ukraine began in February as it boosted purchases of coal, oil and gas from the country, customs data show.

Goods imports from Russia in dollar terms surged 80% year-on-year to $10.3 billion in May, data released June 17 by China’s General Administration of Customs show, the second straight month of gains exceeding 50%.

Meanwhile, exports to Russia in dollar terms fell 8.6% year-on-year in May to $4.3 billion, the third straight monthly drop even as China’s exports to other BRICS countries — Brazil, Russia, India, China and South Africa — increased.

Many civil servants in several wealthy Chinese provinces will have their annual incomes cut by 20% to 30% this year, Caixin learned, as local governments face fiscal pressure amid the pandemic.

A civil servant’s annual income consists of 12-month salaries, allowances, subsidies and bonuses, according to the country’s civil service law. But since January, authorities in several provinces, including Guangdong, Zhejiang and Jiangsu, asked local state-owned and state-backed institutions to stop paying year-end special bonuses and allowances.

The companies reported the end Wednesday of their nearly one-year suspension for cybersecurity reviews. Boss Zhipin and Full Truck Alliance were placed under review alongside ride-hailing giant Didi Global in July 2021. That led to the suspension of their access to new users and unleashed a regulatory storm sweeping China’s tech sector.

Tianqi Lithium Corp., a Chinese supplier of lithium chemicals for electric vehicle batteries, plans to raise as much as HK$15.5 billion ($1.98 billion) in what’s set to be Hong Kong’s biggest share sale this year.

The Chengdu-based company, which is already traded in Shenzhen, plans to sell 164 million H shares at HK$69 to HK$82 each, 90% of which will be sold globally and 10% in Hong Kong, the company said Wednesday in a press release.

Miniso Group Holding Ltd., an New York-listed Chinese take on Japanese retailer Muji, will go ahead with a second listing in Hong Kong next month, as more Chinese companies seek IPOs in the Asian tech hub to hedge against getting booted from U.S. exchanges.

A new road through the ‘sea of death’