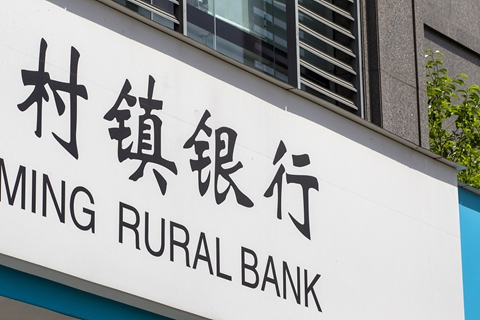 Henan's financial regulators have announced a plan to placate depositors caught in a local banking scandal following protests on Sunday.

A financial scandal in central China that’s triggered protests outside a regional office of the country’s central bank turned the spotlight once again on the risks lurking in the vast rural banking sector, where regulation failed to prevent corruption and abuse of power by major shareholders.

Customers of six small lenders, all linked to a shadowy investment firm in Henan province, have been denied access to tens of billions of yuan of their savings since April, when the banks froze their deposits without explanation, sources with knowledge of the matter told Caixin.

Here are four things you need to know about the Henan rural banking blowup.

Indonesia plans to leverage its abundant nickel reserves to attract investment in local supply chains as it hopes to become a leading country in the global transition to green energy, said the chief of its chamber of commerce and industry.

The resource-rich Southeast Asian nation is especially focused on nickel’s application in ternary lithium batteries, the key power source for electric vehicles. EVs are a nascent sector in Indonesia but one that is in the limelight after President Joko Widodo attended the launch of the first locally made electric car in March.

Shanghai is battling a new Covid-19 outbreak as the financial hub records more than 430 cases in all 16 districts over the past 10 days, including infections from the more transmissible omicron BA.5 subvariant.

The rise in cases has renewed fears of a return to harsh Covid restrictions just after the city's 25 million residents emerged from a grueling two-month lockdown. Local authorities have already ramped up mass testing in 10 districts and other measures, such as tightening Covid rules for inbound travelers, to prevent a larger outbreak.

The bank published Zhou’s removal on its website without providing an explanation. The state lender has been under the spotlight amid a long-running anti-corruption campaign that brought down at least nine senior executives as of late last year.

Temasek’s portfolio exposure in China stood at 22%, down from 27% in the previous financial year. This marked the second straight annual drop. Meanwhile, Singaporean assets moved to the top spot with 27% of the company’s total exposure.

Regular international passenger flights will be resumed in a steady and orderly manner in accordance with the state of the pandemic, the optimization of recent prevention and control measures, and the improvement of local governments’ ability to provide support to international flights, the CAAC said at a press conference.

The parent of luxury liquor-maker Kweichow Moutai agreed to hand over most of its stake in a wholly owned liquor-making subsidiary to a local government agency in a move that could help the company comply with rules that stymied a prior attempt to list it.

The deal will allow China Kweichow Moutai Winery Group Co. Ltd. (Moutai Group) to revive a plan to spin off the subsidiary, just as the government of its debt-ridden home province of Guizhou seeks to double the value of the local liquor industry by 2025.

Shares of Tianqi Lithium Corp. were 3.5% lower than their IPO price as of noon Wednesday on their first trading day in Hong Kong after the company raised HK$13 billion ($1.67 billion) in the city’s largest share sale so far this year.

The Chinese lithium mining giant priced its 164 million new H-shares at HK$82 each. The stock fell as much as 11% lower, but the decline narrowed over the morning.

BYD sinks amid speculation Warren Buffett may cash out