CX Daily: Why China Still Doesn’t Have an mRNA Shot 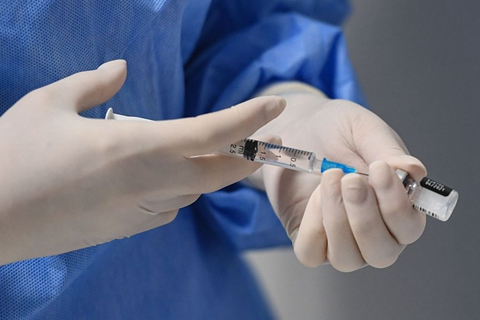 In Depth: Why China still doesn’t have an mRNA shot

As the fast-evolving coronavirus tests scientists’ capacity to develop more-effective vaccines, drugmakers in China are scrambling to catch up with the most advanced technology for producing more powerful shots to better protect the world’s largest population.

Since the pandemic started, China has approved seven home-grown Covid-19 vaccines using four proven technologies to back the country’s vaccination campaign, the world’s largest. But shots based on the new mRNA technology that have been widely used elsewhere are still not available in China. MRNA vaccines, led by products developed by Pfizer-BioNTech and Moderna, have outperformed most other shots in efficacy rates against Covid-19.

A severe heatwave engulfing swathes of China has led to at least two deaths and affected 900 million people, with authorities across the country rushing to issue their strongest warnings after record temperatures were logged.

On Thursday, the China Meteorological Administration (CMA) warned that many places in southern and eastern China would continue to see highs of over 35 degrees Celsius. In parts of Jiangsu, Zhejiang, Sichuan, Shaanxi and Chongqing, temperatures were expected to exceed 40 degrees Celsius later in the day.

A group of Chinese nationals who were lured into Cambodia and abducted by a locally based telecom fraud group have been rescued, according to a statement from China’s embassy in the country.

The victims went to Cambodia after being duped by fake job offers, the embassy said in a statement published Wednesday (link in Chinese). It didn’t reveal the number of victims.

As China prepares to release its second-quarter GDP data Friday, economists are estimating that the country’s tough Covid-19 restrictions dealt a heavy blow to growth, a Caixin survey showed.

Year-on-year growth in second-quarter GDP is predicted to fall to 0.8%, down from 4.8% growth in the previous three months, according to the average estimate of 13 institutions surveyed by Caixin. The projection marks the slowest expansion rate since the first quarter of 2020, when the Chinese economy booked its first quarterly contraction since the data series began in 1992, following the first outbreak of the coronavirus.

China’s central bank issued assurance that despite a recent scandal of local lenders in Henan province freezing withdrawals, 93% of the more than 4,000 financial institutions it reviewed late last year were rated as “safe,” as were virtually all of their assets.

Financial risks in the country are “generally controllable,” Sun Tianqi, head of the Financial Stability Bureau of the People’s Bank of China (PBOC), said at a Wednesday press briefing in response to a reporter’s question about whether the Henan case could trigger risks across the entire financial and banking system.

Buyers of housing units in dozens of unfinished projects across China are refusing to make mortgage payments to protest developers’ failure to meet construction schedules. The widespread uprising adds another twist for the country’s troubled real estate market.

Petitions from homebuyers to local authorities in several Chinese cities demanded that developers resume construction and deliver projects on time. The letters went viral online in recent days. Some buyers said they decided to stop making mortgage payments as developers drag out construction, putting their credit ratings at risk.

India’s Directorate of Revenue Intelligence, part of the Ministry of Finance, said it found evidence that Oppo’s India unit willfully and wrongly described imported components used to make phones to get duty exemptions of 29.81 billion rupees. The directorate also said Oppo failed to include 14.08 billion rupees of licensing fees paid to overseas companies when calculating the value of imported goods.

Closed-loop management and almost uninterrupted logistics helped many chip companies keep their factories up and running in Wuxi — one of China’s key semiconductor manufacturing hubs — despite the city’s new wave of Covid-19 infections that started in late June, according to local sources.

The facilities are mainly situated in the city’s Xinwu district, a person at Wuxi’s industry and information technology bureau told Caixin. The area is home to factories run by big-name players like Hua Hong Semiconductor Ltd. and SK Hynix Inc.

Dutch confirm talks with US on China chipmaking-gear ban

Beating the heat at the beach