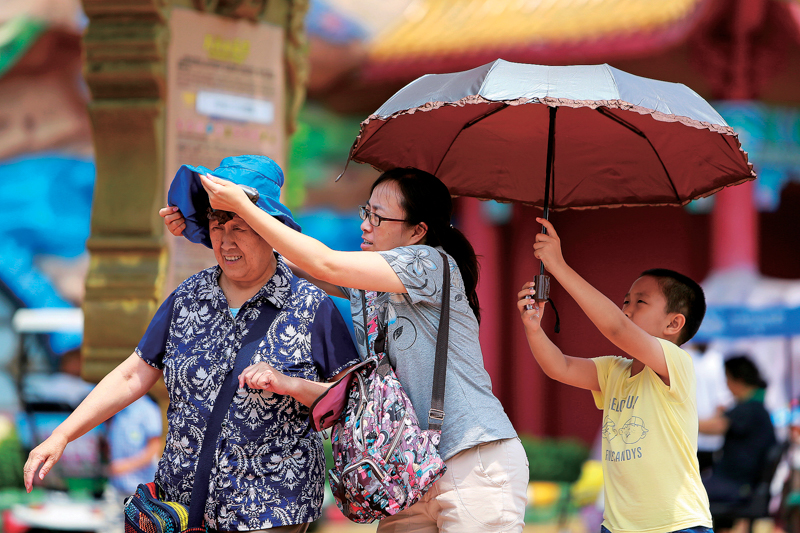 A family of three generations in Tianjin on July 6, 2016.

Yin Fan is a single mom in her late 30s. When she was pregnant with her daughter, her father living in another city was diagnosed with the nervous system disorder multiple system atrophy and quickly lost the ability to walk. As the family’s only child, she had to take care of her baby and her father alone.

Yin belongs to China’s first generation under the old one-child policy, those born between 1976 and 1985, also known as the “sandwich generation.” Now they are trapped with obligations for caring for their children and their aging parents, putting them in a financial and emotional bind.

Twenty-seven people were killed and 20 others injured when a bus taking them to a Covid quarantine facility crashed Sunday in Southwest China’s Guizhou province, according to official statements and Caixin interviews.

The bus carrying the 47 people overturned early Sunday morning on a highway in the Sandu Shui autonomous county, police said in a statement (link in Chinese). The highway connects the provincial capital Guiyang with Libo county.

The Chinese Center for Disease Control and Prevention’s (CDC) chief epidemiologist, Wu Zunyou, cautioned about potential monkeypox outbreaks in the country as the southwestern municipality of Chongqing reported the Chinese mainland’s first case of the contagious disease.

Wu said the risk of monkeypox-infected patients entering society will increase as the disease continues to spread globally. China’s current seven-day centralized quarantine for inbound travelers is not long enough to cover monkeypox’s incubation period, which is between six and 13 days.

China’s fiscal revenue in August recorded the first year-on-year growth since March, fueled by policies aimed at stabilizing economic growth and as the impact from a tax refund scheme tailed off, according to the Ministry of Finance.

The deal marks the biggest bond sale ever by a Russian business. The coupon rate of the 10-year bonds was set at 3.05% a year, according to bond documents. Proceeds will be used to finance the company’s investment programs.

Editorial: China’s most vulnerable need more protection during the pandemic

China’s distressed property firms are scrambling for a share of a 200 billion yuan ($28.5 billion) government loan program as industry insiders predict the cash won’t be enough to restart all the projects affected by the sector’s liquidity crunch.

The loan program planned by the central government aims to help developers resume construction of apartments that have already been bought but are unfinished due to an industrywide shortage of funds.

An investigation found that Sheng, 73, abused his power in his former roles at the General Administration of Customs and state-owned China Railway Corp. by accepting a large amount of money and valuables in exchange for personal benefits. The gifts include banquet invitations and trips arranged by others.

ByteDance to buy back $3 billion of shares after IPO stalls