CX Daily: Why China’s Regulators Have Cough Medicine in Their Sights 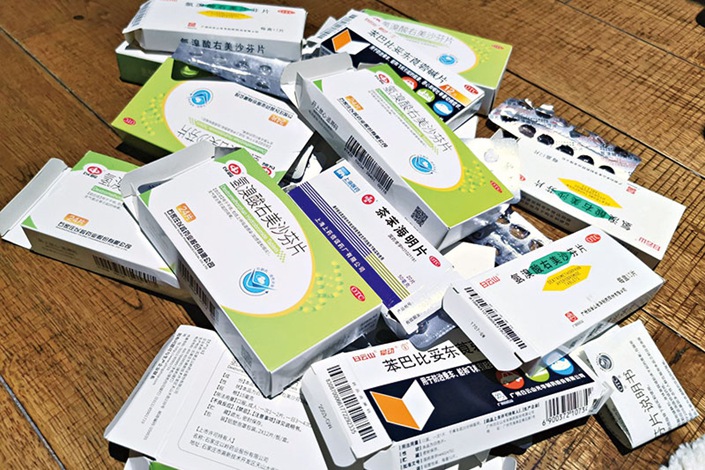 In Depth: Why China’s regulators have cough medicine in their sights

The first time that 15-year-old Ye Lu took a dozen doses of an over-the-counter cough medicine containing DXM he felt nauseous and dizzy and lay in bed all afternoon. He took the medication after his friends told him that a few pills would make him happy when he was feeling low.

The next day, Ye took 14 more tablets. After a few more days of taking well beyond the recommended dosage of one to two at a time, he experienced the “floating” sensation described by his friends and began to spend all his spare money on buying the pills easily accessible from pharmacies.

Fu was given the death penalty with a two-year reprieve under which the 67-year-old will serve a lifetime jail sentence if he does not commit a crime during the initial two-year period. Authorities emphasized that even after the two years, Fu will not be able commute the sentence or seek parole.

China’s central bank signed a cooperation memorandum with the central bank of the Republic of Kazakhstan to establish Chinese yuan clearing arrangements in the Central Asia country, the People’s Bank of China said Tuesday.

The move will benefit enterprises and financial institutions in China and Kazakhstan, allowing them to use yuan for cross-border transactions and further promoting bilateral trade and investment, the People's Bank of China (PBOC) said in a statement.

Chinese banks are ramping up efforts to attract customers to open personal pension accounts as they vie for a bigger slice of what could grow into a multibillion-dollar market after the government unveiled plans to expand the sector in April.

Although banks aren’t yet able to activate individual pension accounts as no date has been set for the official launch, they are offering promotions and adding functionality to their mobile apps, including allowing customers to deposit funds in preparation for when the system goes live.

Shopee, the operator of Southeast Asia’s largest e-commerce platform, started a new round of job cuts Monday in Indonesia, Singapore and China, Caixin learned from several employees of the company.

The employees wouldn’t disclose details but told Caixin that only a low single-digit percentage of employees are affected. The reductions are part of the company’s efforts to increase efficiency, and Shopee will try to help those affected with the transition, the employees said.

China’s newly established state mineral conglomerate set up its first subsidiary in eastern China’s Zhejiang province for iron ore reserves and trading as the country gears up efforts to secure supplies for steelmaking.

Nvidia Corp. played down the impact of a U.S. government order restricting the export of two prized semiconductor models, with founder and CEO Jensen Huang saying the firm can meet the needs of the “vast majority” of its Chinese customers using less advanced alternatives.

Pandas back in the public eye