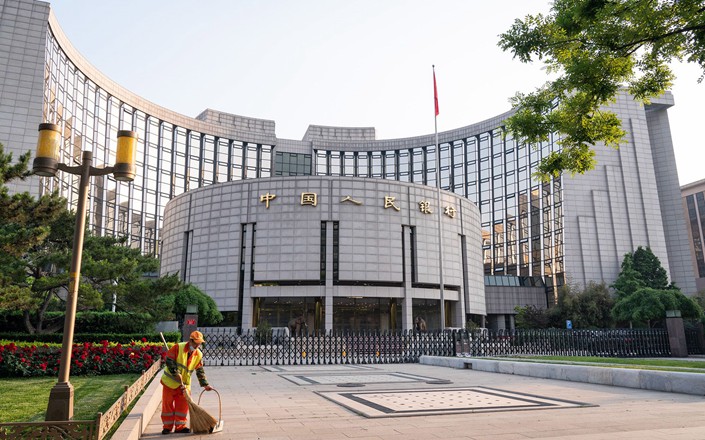 In Depth: Has China’s monetary policy reached its limit?

China’s companies and households are shrugging off the central bank’s efforts to get them to borrow and spend more amid a crisis of confidence in the economy fueled by slowing growth and the impact of stringent Covid-19 controls.

The lack of appetite for debt is complicating the government’s efforts to kick-start stalled growth in an economy battered by the effects of the “zero-Covid” policy, a property slump, an investment funk, along with growing financial distress among companies and local goverments.

The People’s Bank of China (PBOC) has used nearly every instrument in its toolbox to try to increase demand for borrowing.

A unit of the U.S. National Security Agency (NSA), a top spy organization, hacked a leading Chinese university and infiltrated the country’s telecommunications infrastructure to steal sensitive data, according to a report published Tuesday with details of the alleged cyberattack.

The attack was organized by the Office of Tailored Access Operation (TAO) under the NSA, according to a report by China’s National Computer Virus Emergency Response Center and cybersecurity company Qihoo 360. The TAO seized control of the core network equipment, servers and terminals of Northwestern Polytechnical University, a leading aviation research institute in Xi’an in northwestern China’s Shaanxi province, according to the report.

China introduced tax breaks for commercial personal pension schemes to incentivize more people to save for their retirement, fleshing out details of a framework released by the State Council in April to grow the private pension sector.

Annual contributions of up to 12,000 yuan ($1,673) paid into state-backed commercial personal pension accounts will be tax-deductible, and income tax will not be levied on any investment gains from the pension funds, according to decisions announced at an executive meeting of the State Council on Monday chaired by Premier Li Keqiang.

Hit by a strong dollar and fearful of shrinking foreign reserves, Bangladesh is turning to alternative currency arrangements including the use of the Chinese yuan in international transactions.

Bangladesh Bank, the central bank, in mid-September said that authorized dealer banks (ADs) can carry out transactions in yuan for trade with China.

Universities around China are cutting the upcoming National Day holiday short and discouraging their students from traveling to other cities following a warning from the Ministry of Education about Covid-19.

In Beijing, at least a dozen universities have shortened the holiday and thrown up obstacles to traveling over concerns about Covid ahead of the 20th National Party Congress, which is due to take place in the Chinese capital in mid-October.

Nio gets into lithium mining with $7.8 million stake in Australia’s Greenwing

Blue Northstar Ltd., a wholly owned subsidiary of Nio, agreed to pay A$12 million ($7.8 million) for 21.8 million Greenwing shares at A$0.55 each, Greenwing said Monday in a statement. Nio will gain a seat on the board of the Australian-traded company, which has three lithium mining projects in Argentina and Madagascar.