CX Daily: What to Look Out For at the 20th Party National Congress 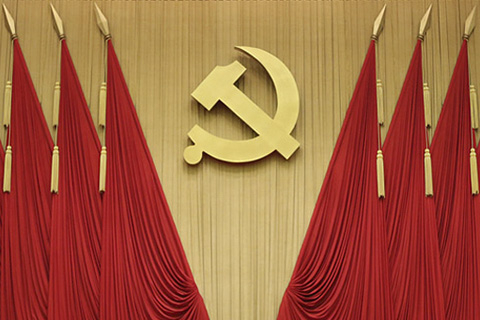 Caixin Explains: What to look out for at the 20th Party National Congress

The Communist Party of China’s 20th National Congress will convene this Sunday to kick off the weeklong political meeting that will set the course for the country’s development trajectories for the next five years.

Some 2,300 delegates representing the party’s 96.7 million membership will gather in Beijing to determine national priorities and elect a new Central Committee, the party’s top decision-making body. The 200 or so members will in turn name the seven people on the Politburo Standing Committee who will lead the country until 2027.

China has no timetable for easing ‘zero-Covid’ policy yet, top epidemiologist says

Senior Chinese health expert Liang Wannian said the country has no timetable for easing its “zero-Covid” policy after next year’s “Two Sessions” — the annual meetings of the country’s top lawmakers and political advisers held typically in March.

Liang, head of a National Health Commission expert panel, made the remarks Wednesday in an interview with state broadcaster CCTV. Several official media outlets, including the People’s Daily and the Xinhua News Agency, reiterated that China must stick to the policy, dashing hopes of a gradual easing after the Communist Party’s 20th National Congress scheduled to begin Sunday.

A former disease control center director in China has been sentenced to 10 years in prison after authorities found he accepted 3.64 million yuan ($507,420) in bribes from three biopharmaceutical companies in exchange for helping boost sales of their vaccines and testing reagents.

An investigation found that Pan Dingquan, former head of the center for disease control and prevention in Guilin, South China’s Guangxi Zhuang autonomous region, had illegal ties with two local biopharma firms, according to a court verdict released Oct. 1.

Around 20 localities in China are using extra government bonds this year to finance infrastructure projects in yet another round of efforts to boost the country’s slowing economy.

As of this week, at least 19 cities and provincial-level regions reported available unused special-purpose bond quotas. The State Council told local governments in August to deploy more than 500 billion yuan ($70 billion) in unused borrowing quotas for investing in infrastructure.

Trust industry gets five years to comply with new rules

The Shanghai-based company, controlled by Swiss financial giant UBS AG, executed the first trade of domestic commodity futures for QFIIs in China Tuesday, it said in a statement.

U.S. sees China as only other nation capable of reshaping global order

A self-flying car developed by an affiliate of Chinese electric-car maker XPeng Inc. finished its first overseas test flight Monday in Dubai, a modest step toward the company’s goal of starting sales within the next two years.

Domestic sales of Chinese excavators dropped 24.5% year-on-year in September — the smallest decline of any month this year — as a sluggish property market and sporadic Covid lockdowns continued to weigh on the sector, a state-backed industry group said.

But overseas demand more than made up for the shortfall, driving an overall sales increase of 5.5% year-on-year to 21,200 units, the largest monthly increase this year, according to the data, which was released by the China Construction Machinery Association (CCMA) Tuesday.

ByteDance offers to buy back employees’ shares for $155 apiece