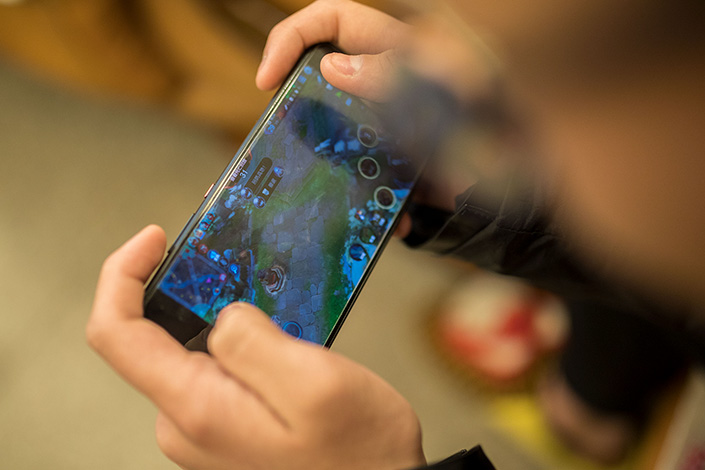 In the first half, China’s multibillion-dollar online game industry suffered declines in revenue and user size for the first time in seven years

In the decade since President Xi Jinping launched his flagship anti-corruption drive, China’s graft busters have investigated more than 4.6 million people, including 553 officials at the vice-ministerial level and above, according to the country’s top discipline watchdog.

Since the Communist Party’s 18th National Congress in 2012, over 200,000 officials at the county level and above have been punished for corruption, Xiao Pei, deputy secretary of the Central Commission for Discipline Inspection (CCDI), said Monday at a press conference.

Chinese airlines are to resume more international flights as the nation gradually eases tough rules that aim to prevent the spread of Covid-19.

China Eastern Airlines Corp. Ltd. will operate 108 international flights on 42 routes starting at the end of this month, up from 54 flights on 25 routes earlier this month, according to a Monday statement posted on the state-owned enterprise’s social media accounts.

Multinational groups incorporated outside the Chinese mainland will be able to directly set up internal finance companies on the mainland, according to updated rules (link in Chinese) released last week by the China Banking and Insurance Regulatory Commission (CBIRC). The provisions take effect Nov. 13. Internal finance companies provide financial services to the groups’ local member firms.

"As expected, President Xi’s speech focused on the long-term direction and objectives of the CPC and its vision for the country’s development and did not mention short-term economic policies or potential changes to Covid policy," writes Wang Tao, head of Asia economics and chief China economist at UBS Investment Bank, in an article.

"We do not expect imminent changes to the current Covid policy, " Wang writes. "Our baseline forecast is that restrictions will be eased significantly after the National People’s Congress in March 2023, though there is a risk the current 'zero-Covid' policy may stay in place for longer."

China’s six largest banks issued a combined 9.53 trillion yuan ($1.32 trillion) in loans in the first nine months of 2022, more than half of the total of yuan-dominated loans extended by Chinese banks during the period, data released by the banks showed.

Ho Ching: Why Temasek Trust wants to build a philanthropy alliance in Asia

Contemporary Amperex Technology Co. Ltd., also known as CATL, inked an agreement with, a U.S. utility and energy firm to be the sole battery supplier for its $1.2 billion solar and power storage project in Nevada known as Gemini.

Upon completion, Primergy Solar LLC’s Gemini will use CATL’s EnerOne modular battery energy storage system, according to a Tuesday statement from the battery maker.