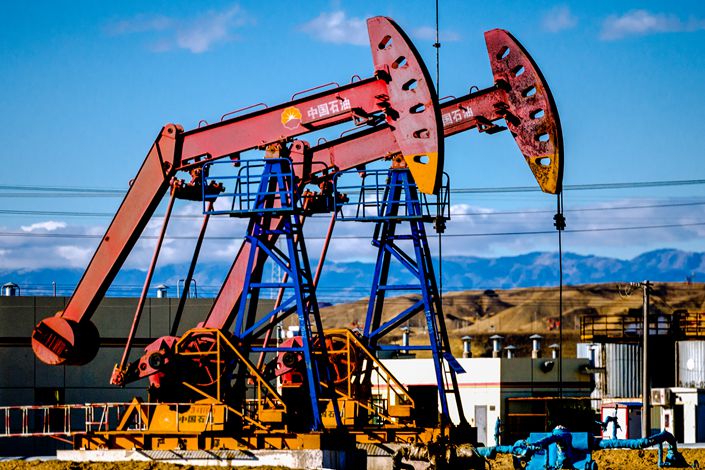 State oil giant China National Petroleum Corp. (CNPC) announced that it will invest 150 billion yuan ($22.1 billion) in developing its oil and gas operations in western China’s Xinjiang autonomous region over the next three years as it looks to reduce the risk that growing trade turbulence will interfere with domestic energy supplies.

China has become the world’s largest importer of natural gas, CNPC Chairman Wang Jilin noted in an article published on the company’s website (link in Chinese) on Thursday. While shale gas imported from the U.S. “is more commercially viable than increasing Xinjiang’s natural gas production,” he said, “investing in Xinjiang is a good move in the context of the Sino-U.S. trade war and the central government’s Belt and Road Initiative.”

CNPC has already invested 224.7 billion yuan in 15 large enterprises extracting oil and gas in Xinjiang, employing more than 6,200 people in the region, according to the article. In December, the company announced that it had discovered in the Junggar Basin an oil field containing up to 1.24 billion tons of crude, almost equal to the entire existing oil production capacity in the region.

In the process, the country’s liquefied natural gas (LNG) imports have increased dramatically, with China overtaking South Korea to become the world’s second-largest LNG importer in 2017. China is expected to claim the top spot from Japan within the next three years.

This heavy dependence on imports “results in supply instability and price risk, which is a problem for domestic upstream suppliers,” according to the article.

China signed two major deals to develop energy resources in the U.S. during President Donald Trump’s first official visit to Beijing in November. One was in Alaska, which could require up to $45 billion to develop. The other was a project to develop shale gas in the state of West Virginia. However, CNPC’s statement suggests that the company is taking steps to ensure that its oil and gas supplies are not left exposed if these deals fall through amid the growing trade conflict with the U.S.