Movers and Shakers: Is Another Steel Industry Mega-Merger in the Works? 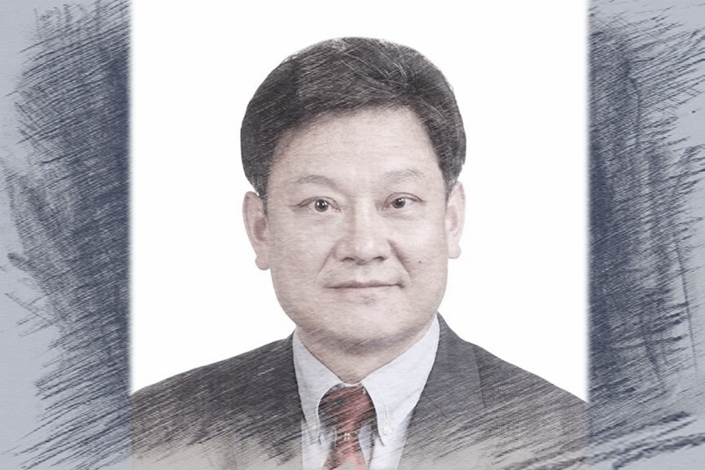 The Japan-led Asian Development Bank (ADB) has appointed Chen Shixin (陈诗新), head of the department for International Economic and Financial Cooperation at China’s Ministry of Finance, as one of its vice presidents. Chen will be responsible for operations in the ADB’s department for South Asia and its department for Central and West Asia.

Chen has been a board director for China in two other multilateral lenders — the New Development Bank, and the Asian Infrastructure Investment Bank — since 2016. Established in 1966, the ADB is owned by 67 member states, with Japan and the U.S. being the two biggest shareholders, followed by China.

Steely Dai: Ansteel Group Corp.’s new general manager is to be Dai Zhihao (戴志浩), who is leaving his current position as chairman of Baoshan Iron and Steel Co. Ltd., a subsidiary of China Baowu Steel Group. Dai, who’s been in the industry for 35 years, was also a member of Baowu’s Communist Party Committee.

● Baowu is huge — it’s the second-biggest steel producer in the world by output, producing 80% as much as all of the U.S.

● Ansteel has pedigree — it’s based in, and named after, the northeastern city of Anshan, the historic heart of China’s steel industry and sister to the U.K.’s own “Steel City,” Sheffield.

Merger rumors: Dai’s transfer has spurred speculation that Baowu — itself a product of a 2016 mega-merger between Baosteel and Wuhan Iron and Steel (Group) Corp. (WISCO) — might be looking to merge with Ansteel, at least eventually. “Look at how Baowu was created. Senior officials from Baosteel moved to WISCO and, three years later, a merger,” said Cao Nanxin, an industry analyst at consulting firm China Policy.

Hoping to make the sprawling sector leaner and greener, China wants 60% of the country’s capacity in the hands of its 10 largest steelmakers by the end of the decade, and Baowu is at the center of the consolidation drive. The steel giant was last rumored to be pursuing a merger with Magang (Group) Holding Co. Ltd., although it has denied these claims.

New Head of Headlines: News aggregator Jinri Toutiao (literally, “Today’s Headlines”), one of the flagship products of tech upstart Bytedance Ltd., has a new boss — Chen Lin (陈林) — who will replace founder Zhang Yiming (张一鸣), who will remain CEO of Bytedance as a whole. Chen joined Toutiao as a product manager in its infancy in 2012.

Bytedance recently overtook Uber as the world’s most valuable startup. It’s also known for short-video apps TikTok and Douyin. The company has previously fallen foul of the government for failing to filter content, and has been forced to clean up its services.

Wei Minzhou (魏民洲), a former senior official in Xi’an, the capital of Northwest China’s Shaanxi province, was sentenced to life in prison for accepting over 109 million yuan ($15.7 million) in bribes.

Money was given to Wei and his family in return for help in land bidding, project contracting and promotions, the court found. Wei was a deputy director-general of the Standing Committee of the People’s Congress of Shaanxi Province until May 2017, when he was placed under investigation.

Red-letter days: A letter of repentance written by disgraced former internet czar Lu Wei (鲁炜) was put on display at a recent historical exhibition in Beijing celebrating the 40th anniversary of China’s reform and opening-up. Lu, who was chief of the Cyberspace Administration of China and deputy publicity minister until he stepped down in 2016, admitted to a court in October to accepting 32 million yuan in bribes.

Zhao Haishan (赵海山), previously a deputy mayor of the coastal city of Tianjin, has become vice governor of landlocked Hubei province, in central China. Hubei contains both the gargantuan Three Gorges Dam, and Wuhan, an ancient city of 10 million.

Actress and investor Zhao Wei (赵薇) was banned by the Shanghai Stock Exchange from holding board positions for five years, after a failed takeover attempt two years ago was found by the exchange to have disrupted market order. China’s government has been putting its wealthy celebrity class, and their financial affairs, under much tighter scrutiny in recent months. In the most prominent case so far, superstar actress Fan Bingbing (范冰冰) was fined $129 million for tax evasion.