Movers and Shakers: Carnage in the Auto Industry 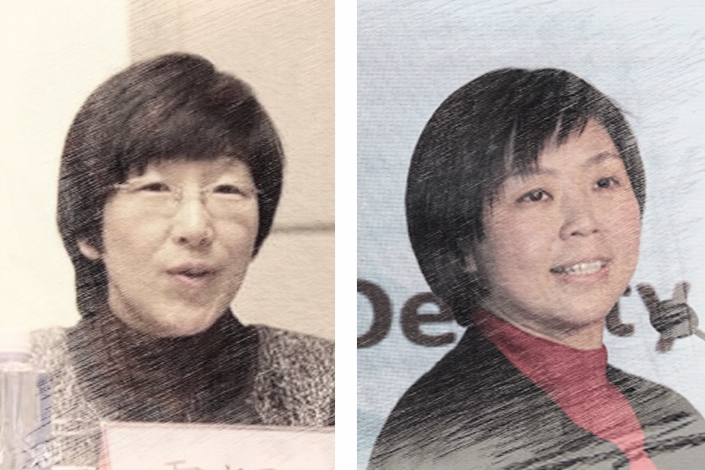 Tackling the too big to fail: It’s been clear since 2008 that governments need to keep a closer eye on “systemically” important institutions — these are the banks, insurers and fintech companies so big that, if they go down, we could all go with them, in a giant ball of financial flames.

But don’t worry — China will soon have a central bank bureau dedicated to this task, Caixin has learned. The People’s Bank of China (PBOC) will replace its Monetary Policy Department II with a new macroprudential bureau to regulate “too big to fail” conglomerates. The new body will retain some of its old responsibilities, like yuan internationalization.

Details on the new body are thin, but we do know about the current leadership of the department it will be formed from:

● It’s headed by Huo Yingli (霍颖励), a graduate of Fudan University who has been at the PBOC for many years. She was a high-level advisor for the Hong Kong Monetary Authority, the city’s de facto central bank, from 2012 to 2014.

● Zhang Xuechun (张雪春), the deputy head, has a Ph.D. from the American University in Washington, D.C., and has previously worked at both the International Monetary Fund and the Asian Development Bank. She was chief representative of the PBOC in Frankfurt from 2013 to 2017.

How to spend $3 trillion: China’s hoard of foreign exchange reserves is the biggest in the world. It’s not just sitting there however — the State Administration of Foreign Exchange (SAFE), via a wholly-owned subsidiary, controls several investment vehicles that put the money to use. These vehicles are major investors in the Silk Road Fund, the China Development Bank and the Export-Import Bank of China. Now there’s another one, called Zhonghui Reserve Investment Co., Ltd. It’s led by SAFE official Li Hongyan (李红燕).

Kou Wei (寇伟) formally took over as chairman of the world’s biggest utility company, the State Grid Corp. of China, after previous chairman Shu Yinbiao (舒印彪) was appointed the next chairman and Communist Party secretary of China Huaneng Group Co. Ltd., one of the “big five” power generation companies in the country.

Kou began his career by climbing his way up the energy industry ranks in Yunnan, his river-rich home province in China’s southwest, gaining particular experience in hydropower. He’s also worked at Huaneng, as vice general manager, and was most recently general manager at State Grid.

China’s two major grid companies — the other is China Southern Power Grid Co. Ltd. — and five major power companies, were all born in 2002 from the breakup of the monolithic State Power Corp.

Executive carnage in auto industry: China’s middle class has been a golden goose for carmakers, with sales rising for 28 years straight. But for the first 11 months of 2018, sales in the world’s largest car market fell 1.7% year-on-year, making an annual decline possible for the first time since 1990. Slowing economic growth, the trade war and consumers in smaller cities spending more on property instead have all been blamed.

The slump has been accompanied by a series of recent big moves at foreign auto companies:

● Volkswagen AG CEO Herbert Diess will personally take over responsibility for his company’s business in China from next year, it was reported last month, after current China-head Jochem Heizmann retires

Missing metals mystery ends with a clink: Chen Jihong (陈基鸿), founder of Dezheng Resources Holding Co. Ltd., was sentenced to 23 years in prison for fraud after his company used metals they didn’t have as collateral for billions of yuan in loans. International commodity markets were shaken when the practice was exposed four years ago. Here are the details.

Zhang Shaochun (张少春), formerly a vice minister at the Ministry of Finance, pleaded guilty to accepting 66.98 million yuan ($9.7 million) in bribes, a Beijing court announced Friday. Zhang was dismissed from public office and expelled from the Party in late September.

Fugitive Chinese official Jiang Lei (蒋雷) was repatriated Friday after 11 years on the run in New Zealand. Jiang, formerly at the China Association of Automobile Manufacturers, is suspected of corruption, and had an Interpol “red notice” issued against him in July 2007. He’s the 55th such “Red Notice Official” to come back so far, the Central Commission for Discipline Inspection said.