Movers and Shakers: New Boss at China’s No. 2 Bank 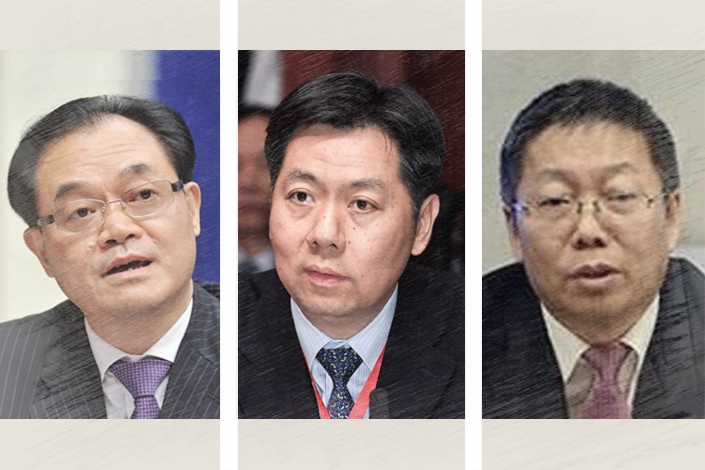 Liu, 52, built his career at the Agricultural Bank of China Ltd. (ABC), another of China’s “Big Four” state-owned banks, where he worked for 25 years. In 2014, he became a vice general manager at China Investment Corp., China’s sovereign wealth fund, and in 2016, he took up a vice mayorship in Chongqing, the hot and rainy municipality in China’s southwest, in an early example of the trend of bankers being sent out to provincial posts to beef up financial regulation.

• Cui Yong (崔勇), who was previously head of the corporate business department at Industrial and Commercial Bank of China Ltd. (ICBC).

• Cai Dong (蔡东), who was previously a vice president at the China Development Bank, one of China’s three policy banks. Cai also has experience at ICBC, where he used to head its Tianjin branch.

Another resignation at CLSA: Jonathan Slone, CEO of Hong Kong-based CLSA Ltd., a subsidiary of Citic Securities Co. Ltd., submitted his resignation in mid-March after three decades with the company, Caixin understands. This followed the recent resignation of Tang Zhenyi (唐臻怡), who had been CLSA’s chairman since 2017. There may be more high-level resignations on the way.

CLSA was founded in Hong Kong in 1986 by former South China Morning Post journalists Gary Coull and Jim Walker. It was acquired by Citic in 2013, and simmering tensions between the two companies have been blamed for the recent resignations.

Real estate: Hong Kong real estate tycoon Lee Shau-kee (李兆基), 91, who is one of the wealthiest men in the world, is considering handing over the reins to his sons, with a decision to be announced at a general meeting on May 28.

According to a series of filings to the Hong Kong stock exchange, Lee is considering stepping down as chairman and managing director of Henderson Land Development Co. Ltd., in favor of his sons, Peter Lee Ka-kit (李家杰) and Martin Lee Ka-shing (李家诚), who would jointly hold the two positions. The same arrangement would also be considered at Henderson Land’s subsidiaries.

AI: Sinovation Ventures, the investment firm founded by artificial intelligence (AI) guru Kai-fu Lee (李开复), says it will team up with the Hong Kong University of Science and Technology to build a new AI research lab, to be led by former Tencent AI Lab chief Zhang Tong (张潼). Zhang’s departure from Tencent was confirmed in January. He previously worked at IBM, Yahoo, and Baidu.

Quan Wangjun (权王军), head of anti-corruption efforts in Xianyang, a city in the northwestern province of Shaanxi, has himself been put under investigation by the provincial level anti-corruption body.