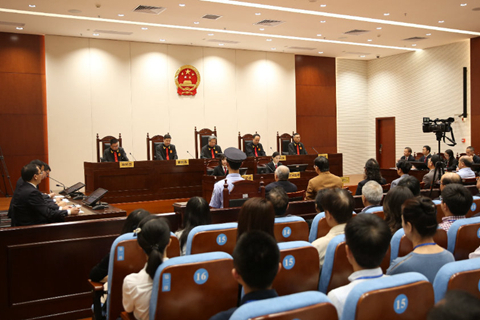 China’s supreme court has overturned two convictions and reduced a jail sentenced faced by private-sector entrepreneur Gu Chujun, a move seen widely as an effort by the country’s authorities to protect private businesses.

Gu founded refrigerator maker Greencool Enterprise Development in 1995. He then made his fortune through a series of high-profile mergers and acquisitions, including state-owned Guangdong Kelon Electrical Holding, one of China's largest white goods manufacturers.

However, Gu was convicted in 2008 of falsifying financial reports, violating disclosure rules and illegal diversion of funds, amid tightened government scrutiny of public-private partnerships. Gu was sentenced to ten years in jail.

The Supreme People's Court on Wednesday announced that it was overturning Gu’s convictions for falsely reporting registered capital and falsifying and withholding information. The court also shortened Gu's sentence for illegal diversion of funds to five years in prison.