Fans Smash Glass at Shanghai Airport to Get Closer to Idol 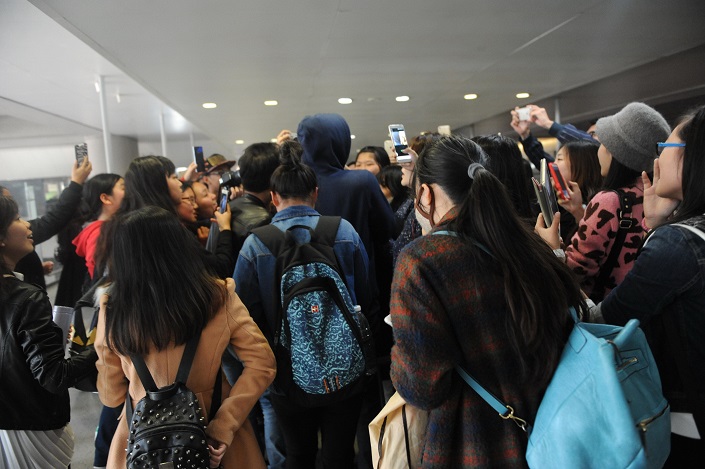 Lots of people have celebrity ”crushes,” but a group of idol fans in Shanghai last weekend appear to have taken the concept a little too literally.

A crowd of around a hundred people gathered around a pop group performer and smashed the glass panels of a moving walkway at Shanghai’s Hongqiao airport in an effort to get closer to their idol on Saturday, People’s Daily reported.

Photos of broken glass at the airport began circulating on Chinese social media platform Weibo Sunday morning. It's unclear who the pop star in question is.

China’s pop music industry has recently taken over by "idols"-- performers whose images are carefully cultivated for maximum fan devotion. But some fans have caused embarrassment for their idols, with performers like Kris Wu, who is under investigation for music sales fraud in the U.S., partly blaming their predicaments on Chinese fans.

Saturday’s fiasco has even attracted official attention. The Ministry of Public Security wrote on Weibo on Sunday that fans of pop stars should be more “rational” and “civilized,” and reiterated that people who disturb the public order should be punished.