By Fran Wang and Wu Xiaomeng 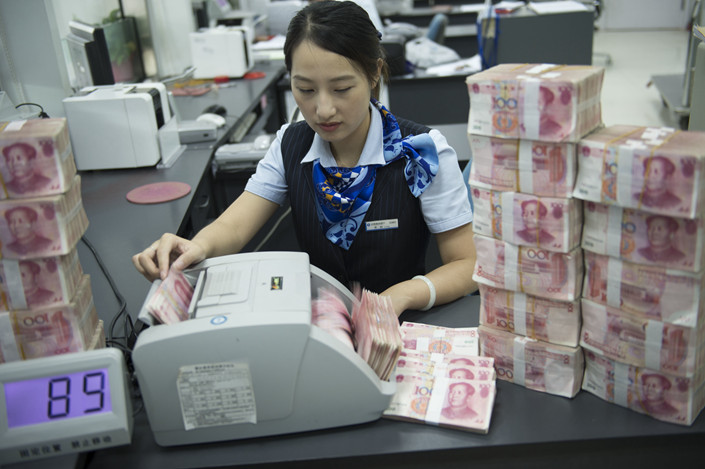 Morgan Stanley said the big four state-owned commercial banks are more likely to suffer because they have been more affected by government policy. Photo: IC Photo

The Chinese government’s efforts to support economic growth through less market-oriented credit policies are raising risks for the country’s commercial banks as the measures could lead to a surge in bad loans, analysts at Morgan Stanley Research, the research division of the U.S. investment bank, have warned.

Guidance to lenders, which has included boosting credit to small and medium-sized companies and offering more favorable borrowing costs, may crimp the profits banks earn on their loans, putting their earnings under pressure and cooling investors’ appetite for the shares of listed lenders, the analysts said in a research note published on Tuesday Beijing time.

Although China’s systemic financial risks are largely under control after a two-year cleanup campaign in the financial sector, since the second half of 2018 the government has resumed reliance on “less market oriented and somewhat non-sustainable policies to influence the pace and direction of loan growth as well as loan pricing,” the analysts wrote.

“Such policies historically have led to significant financial speculation, a reverse selection process for corporate borrowers as low rates support corporates with high leverage but increase operating cost pressures for good industrial firms, and long-term financial risks that had been hard to reverse,” the report said, pointing to asset bubbles, high leverage and rising bad debts.

The analysts said new risks are already emerging including the misuse of loans to small businesses which have ended up in the stock and housing markets, noting that there has also been a rebound in housing sales and land prices. And although credit growth has accelerated, there’s been a slowdown in industrial and private sector investment which raises concerns about deterioration in capital allocation, they said.

As a result, the investment bank has reduced its estimate for the profits of listed banks by 3% to 4% for 2019 and 2020 to reflect the potential pressure on some lenders’ net interest margins, and cut its targets on their share prices by 5% to 20% to reflect lower profit growth and higher risks.

The big four state-owned commercial banks — Industrial and Commercial Bank of China, Bank of China, China Construction Bank and Agricultural Bank of China — and Bank of Communications, are more likely to suffer because they have been more affected by government policy and received more specific targets for lending than smaller banks, although weaker regional lenders are also at risk, the report warned.

The bank downgraded its recommendations for the Shanghai-listed A-shares of all of the big four lenders and on the Hong Kong-listed H-shares of Bank of China and Agricultural Bank of China, cutting them from “overweight,” which indicates an expectation of outperformance, to “equal weight,” where the shares are expected to perform in line with their industry peers. It also cut its rating on the Hong Kong-traded shares of Chongqing Rural Commercial Bank and Bank of Chongqing.

Morgan Stanley analysts said they were more positive about “more market-oriented banks” such as China Merchants Bank, Industrial Bank and Ping An Bank because they “have maintained disciplined asset growth and an independent strategy despite recent policy guidance” and have improving net interest margins and NPL recognition.

The Chinese government has since the third quarter of last year shifted its policy priority to bolstering growth from financial deleveraging after economic expansion cooled, as the previous crackdown on shadow banking activities squeezed the liquidity supply, fueled a stock rout and led bond defaults to spike. An escalation in the country’s trade dispute with the U.S. since July also battered business confidence.

Policymakers have issued a slew of measures since October designed to aid the private sector and small businesses, which are the worst hit during the deleveraging campaign. Credit policies favoring the sector include the country’s banking watchdog’s order on large state-owned banks to increase lending to small firms by more than 30% this year, and greater regulatory tolerance of bad-loan ratios for loans extended by rural banks to small companies than of the average NPL ratio at the institutions.

Shares of the big four banks fell in Hong Kong on Wednesday, extending a losing streak to a third day, and also closed lower in Shanghai.