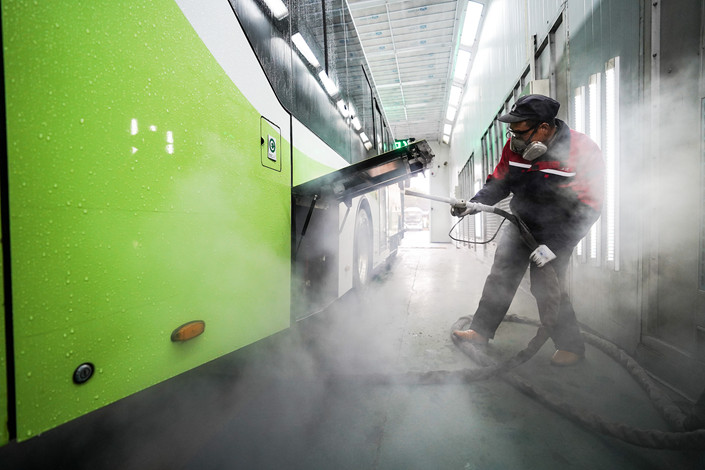 China is cutting back on the subsidies that have helped to rapidly electrify the country’s urban bus fleets, as the safety stabilizers come off the burgeoning electric vehicle industry as a whole.

The nation has raced ahead in developing electric vehicles over the past decade as Beijing sought pole position in the promising industry and to reduce air pollution from gas-guzzling vehicles in its congested urban centers. The state spent 393 billion yuan ($57.7 billion) turbocharging the development of electric batteries and related technologies between 2009-17, according to calculations by the U.S. think tank the Center for Strategic and International Studies.

Now the safety wheels are being taken off. Several ministries and state planner the National Development and Reform Commission announced (link in Chinese) this week that bus subsidies will be dramatically reduced later this year, with a view to possibly phase them out entirely in 2020.

According to the notice, the ministries of finance, transportation and industry and information should prepare to introduce subsidy cuts for electric buses that match subsidy rules for general electric vehicles that were published in March. Those rules stated that the subsidy for electric-battery vehicles with ranges of 400 kilometers (248.5 miles) and above will be slashed by half to 25,000 yuan, down 50% on a year earlier. While the March subsidy cuts will be implemented on June 1, the bus subsidy cuts will be introduced on Aug. 1.

However, local governments will still be able to subsidize purchases of new energy vehicles. Large cities like Beijing, Shanghai, Shenzhen and Harbin all have three-year action plans to fully electrify their bus fleets, although Shenzhen practically achieved this by the end of 2017, largely using buses from its local electric vehicle champion BYD Co. Ltd. Nearly 80% of China’s new-energy coaches are used for urban public transportation.