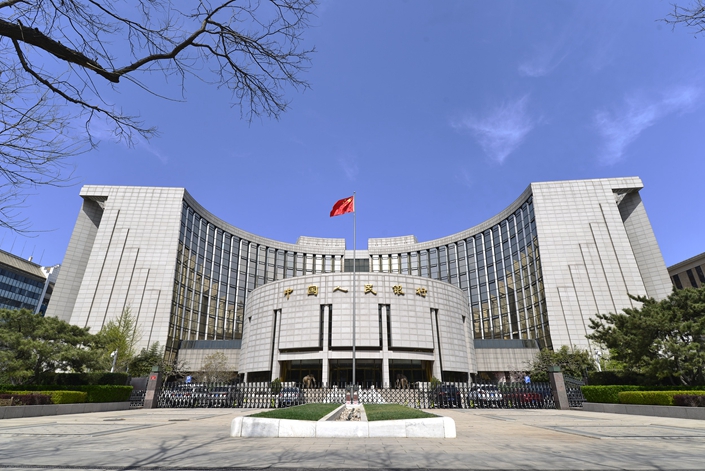 *The central bank’s first move to unify benchmark and market interest rates will focus on lending rates, rather than deposit rates

*The bank is likely to adopt another widely used rate as a new reference. The Loan Prime Rate, which is based on the interest rates that commercial banks charge their most creditworthy borrowers, is a possible contender

The report’s release marks the first time that the central bank has signaled how it will unify the two tracks — one is benchmark rates set by the bank, while the other refers to the ones chiefly set by the market. The PBOC looks likely to first try to merge lending rates instead of deposit rates.

Although benchmark rates are reference rates that are no longer compulsory, they continue to loom large in the minds of bankers and borrowers. Combining benchmark and market-based lending interest rates allows commercial banks to price loans on their own, with lower rates for lower-risk companies and vice versa. This can help enhance market competition, the PBOC said in the report (link in Chinese).

The merging of interest rates sits at the core of China’s interest rate liberalization, which in turn is one of the key reforms to the country’s financial sector.

Multiple economists have said they believe that the lending interest rates should be the first to go in the reform, followed by deposit rates. Unifying benchmark and market-based deposit interest rates could probably lead to a fiercer competition among banks seeking deposits, in turn forcing them to raise rates on loans to companies, which is in contrast to government efforts to lower borrowing costs amid an economic slowdown.

The eventual goal of merging benchmark and market-based interest rates is to abolish the benchmark ones. Multiple economists have said that there are two ways to do so: One is to gradually reduce the number of benchmarks for different maturities, while the other is to adopt a different, widely used rate as a new reference. Now the PBOC looks likely to take the latter path.

“The key is to further cultivate a market-oriented loan pricing mechanism,” the PBOC said, adding that the Loan Prime Rate (LPR), which is based on the interest rates that commercial banks charge their most creditworthy borrowers, has gained wide market recognition.

The national one-year LPR, launched in October 2013 by the National Interbank Funding Center under the PBOC, is a rate calculated based on 10 major commercial banks’ own LPRs. The banks include China’s five biggest state-owned lenders and five large joint-stock lenders, including Hong Kong- and Shanghai-listed China Merchants Bank Co. Ltd. and China Minsheng Banking Corp. Ltd.

The U.S., Japan and India have all set up a quotation mechanism similar to the LPR as a reference for pricing loans, which has played a key role in advancing interest rate liberalization in those countries, the PBOC said.

However, the LPR has remained largely “unchanged” since October 2015, despite market fluctuations, staying at 4.31% for one-year loans, almost the same as the benchmark rate of 4.35%.

China could change the way it prices the one-year LPR by fixing the gap between the rate and a certain policy interest rate, Song Hailin, a deputy general manager of the asset and liability management department of China Construction Bank Corp., said in an article (link in Chinese) published in March in the PBOC-backed China Finance magazine.

The medium-term lending facility (MLF) would be a good match because it shares the same maturities with the LPR, Li Chao and several other analysts at Huatai Securities Co. Ltd. said in a note. The one-year LPR could be linked to the rate for one-year MLF loans.