By Wu Yujian and Liu Jiefei 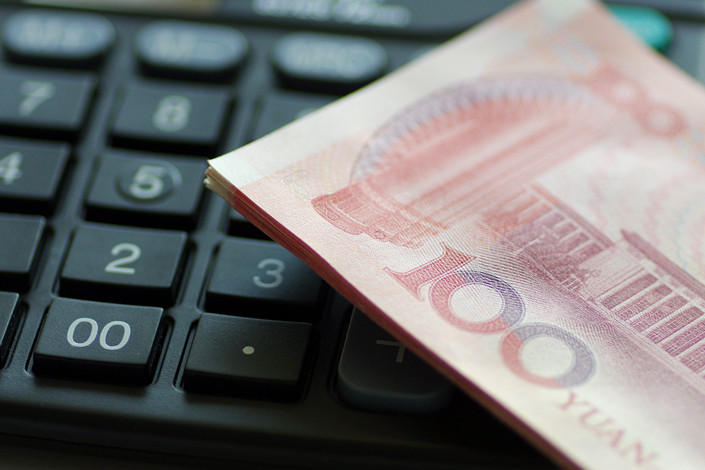 Jiangsu province in eastern China has become the latest region to step up the fight against illegal lenders who charge sky-high interest rates, urging local courts to set up watchlists of persistent litigants suing others for non-payment of debt in order to help weed out lawbreakers.

Private lending outside the official banking system has boomed in China over the past few years, especially through online platforms, and much of it is estimated to be carried out by individuals and companies who don’t have a license to offer credit and charge usurious interest rates. With a growing number of borrowers now defaulting on their debts and the government cracking down on illegal and violent debt collection, lenders are increasingly turning to the courts to get their money back.

China’s courts dealt with 2.24 million private lending disputes in 2018, up from 1.42 million in 2015, according to data from the Supreme People’s Court.

Local courts in Jiangsu, a coastal province with a large private sector and the country’s second-biggest gross domestic product, are being asked to set up registers with the names of individuals or companies who frequently use the legal system for debt recovery, the Jiangsu Higher People’s Court said in a statement (link in Chinese) Monday.

Anyone whose name appears as a plaintiff in a debt recovery case in any of the province’s courts more than five times over the course of a year will be added to the register and investigated to check whether they have a license to run a lending business, the statement said. If they are found to be operating illegally, the lending contracts they present to the court in any legal dispute will be declared invalid and borrowers will only have to repay the principal and interest based on official lending rates set by the central bank, which are much lower than those usually charged in the private lending market — the current one-year lending rate stands at 4.35%.

Current Chinese regulations do not impose limits on interest rates for loans, but lenders only have legal recourse to recover unpaid debts if the rate they charge does not exceed 36%. A Supreme People’s Court ruling in 2015 stipulated that courts would only give borrowers and lenders legal protection and enforce collection if interest rates on a loan did not exceed 24%.

The Jiangsu Higher People’s Court said that the registers of local courts will not be released to the public, but will be shared with local public prosecutors, public security bureaus, and financial regulators. If a government official is involved, his or her employer and the local discipline inspection commission, the Communist Party’s anti-corruption watchdog, will also be notified.

The lists will be updated annually, and if the number of cases brought by named plaintiffs falls to fewer than half the threshold set by the higher court, they can be deleted from the register, the court said.

Courts in Shandong and Zhejiang provinces, two other large manufacturing and commercial provinces in eastern China, and Northwest China’s Ningxia Hui autonomous region, have already set up similar systems, according to statements from the bodies.