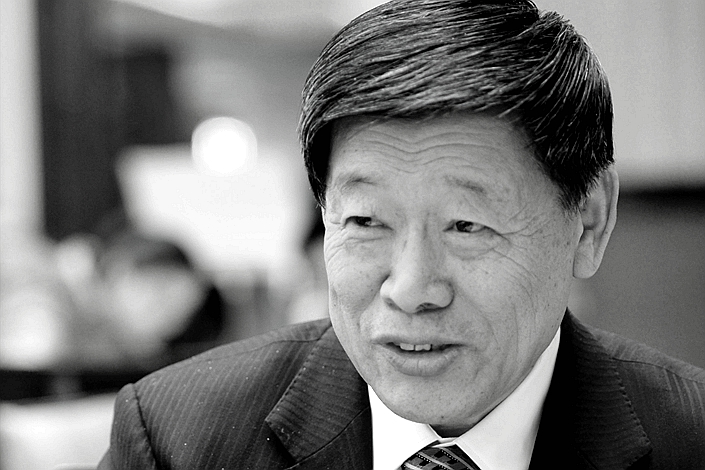 Zhang Shiping, a man dubbed China’s “Aluminum King” and member of the first generation of industry barons to rise during the nation’s transformation from a planned to market economy, has died at 72.

Zhang died of an unspecified illness on Thursday, according to an announcement on the social media account of his hometown of Zouping county in East China’s Shandong province. He had been suffering from cancer and received treatment in the U.S. and Beijing before returning to his hometown, where he spent his final time in a local hospital, a knowledgeable source told Caixin.

Zhang was a torch bearer for a generation of young people who came of age during the Mao era, but got to test their market chops by founding and developing commercial enterprises when the country began experimenting with market reforms in the 1990s. Many of those would set up conglomerates similar to Zhang’s Shandong Weiqiao Pioneering Group Co. Ltd., which dabbled in a wide range of industries centered on its two core areas in textiles and aluminum.

Like many people in the early wild-west days of China’s market experimentation, Zhang and others took a “Get on the train first, buy your ticket later,” approach to business, often getting into new areas first without always getting the necessary authorization in advance.

Born in 1946 in Zouping county, Zhang was assigned to work in a cottonseed oil factory at the age of 18, in an era when all enterprises were state-owned and people were assigned to such employers after finishing their education. He worked his way up the food chain over the next two decades and became the factory’s top manager at the age of 35. During his rise he gained a reputation for his big risk appetite and began aggressively buying agricultural goods from abroad as China began allowing such purchases. Within three years of taking the helm, his factory had become one of the most profitable suppliers of such goods in China.

But Zhang would make his fortune after the country embarked on market reforms in earnest in the 1990s. He set up the precursor to his company as a textile maker in 1994, and then moved into aluminum — two areas that would become his future empire’s main businesses. The rapid expansion and company’s success earned him the nicknames “Asia’s Cotton King” and the “King of Mature Industries,” in addition to his “Aluminum King” moniker.

The company currently has 11 production bases involved in an array of products, mostly centered on textiles and aluminum, according to its website. It operates the largest privately owned aluminum business in China.

Weiqiao Pioneering has been a member of the Fortune Global 500 companies for the last seven years, including its latest ranking at No. 185 last year, with about $53 billion in annual revenue and $35 billion in assets. Last year Fortune called Zhang one of China’s 50 most influential business leaders.

Despite its successes, the company has also come under pressure in recent years as Beijing has embarked on a campaign to clean up heavily polluting industries like aluminum. It was forced to shut down about 30% of its aluminum capacity in 2017 during that campaign. That same year, its two main listed units came under attack by a short seller, and earlier this month one of those units was reprimanded by Hong Kong securities regulators for failing to disclose a major connected transaction.

Zhang handed over the reins of his empire to his son, Zhang Bo, last year. But some worry that the younger Zhang may not have the connections to continue his father’s success. “Weiqiao depended on political and business connections, but many of those connections were with Zhang Shiping,” said one person familiar with the company.