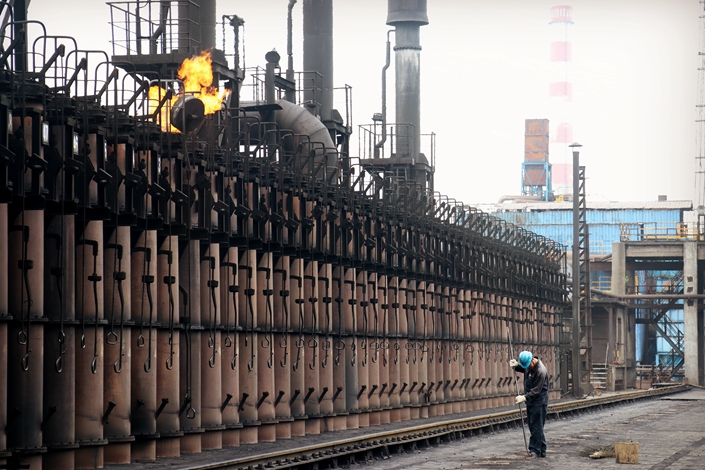 China’s biggest steel producer is set to gobble up a smaller rival in the latest move to consolidate the bloated industry and forge stronger state-owned champions.

The move will bump up Baowu’s total production capacity from 70 million tons to 90 million tons, bringing it closer to the 113-million-ton total capacity of Arcelor Mittal S.A., the world’s largest steelmaker.

The merger is in line with the government’s drive, outlined in its five-year plan, to consolidate the steel industry. It wants 60% of capacity to be handled by China’s largest steelmakers by end of the decade.

There is still a long way to go, however, to achieve the target. The top 10 steelmakers controlled just 48.8% of capacity by end of the first half of 2018, according to data from the China Iron & Steel Association.

Caixin sources revealed that the Baowu-Magang merger had been in the cards for around a year, but uncertainty over future taxation responsibilities was among the sticking points.

Magang is currently owned by Anhui province’s State-owned Assets Supervision and Regulatory Commission (SASAC) and is taxed locally, but Baowu is owned by the central government’s SASAC and is mainly taxed centrally.

The likely solution is that value-added tax income will be split between central and local governments, while income taxes will remain local, an industry insider told Caixin.

China produces over half of the world’s steel, with national production rising 8.1% year-on-year to a record 928 million tons in 2018, according to government statistics.

While China made headway in reducing around 150 million tons of excess capacity between 2016 and 2018, the gains are at risk of being reversed, Qu Xiuli, vice president of industry group the China Iron and Steel Association, warned recently. The cuts have boosted steel prices, in turn incentivizing steelmakers to invest more in capacity, he said.

The association’s data shows that investment in ferrous metal smelting and rolling increased 30.6% in the first quarter of this year, Qu added.