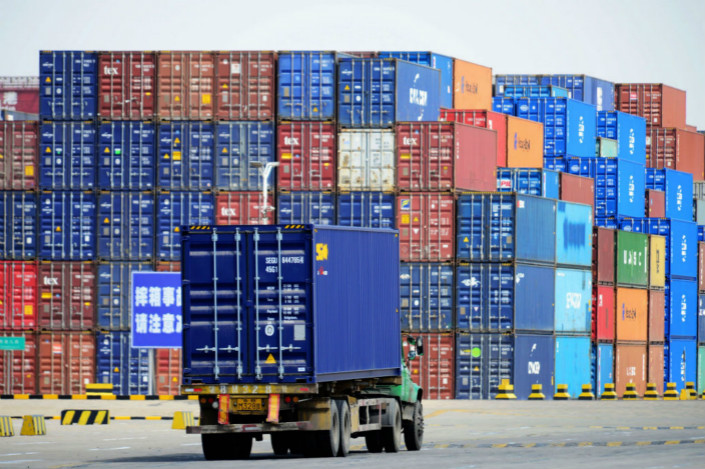 (Bloomberg) — Vietnam's economy is by far the biggest winner from the U.S.-China trade war so far as importers look to divert their orders to bypass higher tariffs.

The Southeast Asian nation, which shares a border with China, gained orders from trade diversion on tariffed goods equal to 7.9% of gross domestic product in the year through the first quarter of 2019, according to a study by Nomura Holdings Inc. economists Rob Subbaraman, Sonal Varma and Michael Loo. Taiwan's economy is a distant second among the winners, with gains equivalent to 2.1% of GDP. Both economies gained far more from U.S. tariffs on China than from Chinese duties on the U.S.

American and Chinese orders for more than half of the 1,981 tariffed products in the U.S.-China trade dispute thus far have been re-routed, upending the winners and losers in the global supply chain, the analysis shows.

Nomura started with the official tariff lists of product codes and compared those with monthly trade data of the same goods —incorporating the levies on $250 billion in Chinese goods and $110 billion in U.S. products. The analysts estimated the gain for the world’s top 50 economies in the 12-month period.

U.S. tariffs on China have prompted import substitution primarily in electronic products, followed by furniture and travel goods. For China’s duties on the U.S., orders for soybeans, aircraft, grains and cotton were most likely to be diverted away from the U.S. to third-party economies like Chile and Argentina.