Editorial: What Can We Learn From Baoshang Bank? 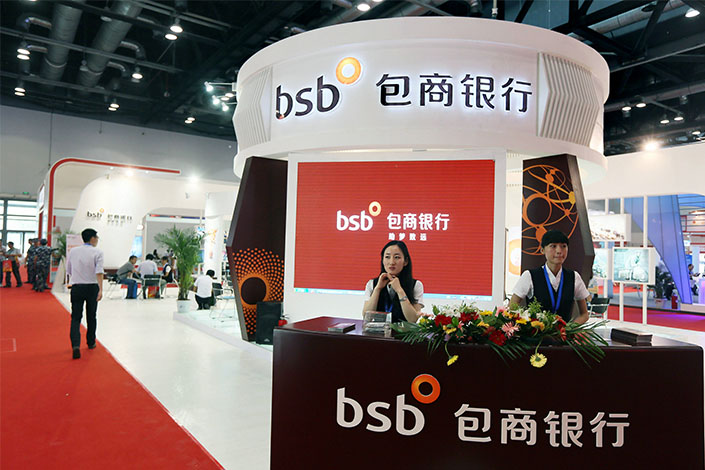 Baoshang Bank has been taken over by the government, and though the process has only just begun, its impact on the market has gradually subsided. The bank’s large amount of capital was being illegally misappropriated by the majority shareholder, Tomorrow Holding. The misappropriation resulted in serious credit risks, triggering legal conditions for the government to legally take over the bank — a situation that has not occurred for 20 years. This is undoubtedly an important step in the battle for “risk prevention.” The media has already lost interest in the event, but the reflection on it should be long-lasting and profound. We should study how to prevent major shareholders from misappropriating funds this way, and more importantly, we should explore how to deal with risks at these institutions in a timely manner and avoid developing a new trend.

At the beginning of the takeover of Baoshang Bank, some market players expressed doubts about whether this would impact the financial market amid increasing downward pressure on China’s economy. Others questioned the inappropriate timing of the takeover due to the trade frictions between China and the United States. Now it seems these ideas were not worth worrying over. Interbank market interest rate price signals indicate that the market has basically restored calm. This is due to the comprehensive deployment of regulatory agencies and decisive action. Several successive press conferences have explained the reasons for the takeover, follow-up solutions, liquidity status of small and midsized banks and have provided full expectations for the market and alleviated market anxiety. At the same time, the takeover is progressing in an orderly manner. However, the incident reflects common problems in financial institutions represented by small midsized banks and warrants our attention. The takeover may be a temporary solution, so regulation must be institutionalized and normalized in order to deal with endless financial risks. The case of Baoshang Bank offers a lesson and a warning.

The Baoshang Bank crisis originated from major shareholder tunneling, which is not a new phenomenon. Similar incidents have been common for a long time and are not confined to the financial sector. However, because of the uncertainty, high leverage and contagion of financial risks, tunneling is much more harmful and destructive. Tomorrow and Anbang Insurance Group Co. Ltd. have both now been destroyed. Their methods are well known. They were merely using capital evasion and improper transactions to obtain profits. They regard financial institutions as ATMs. Because the majority shareholders have absolute rights, the internal control mechanisms in the financial institutions had no power. The financial risks eventually explode and damage financial credit. In China, there is still a long way to go to improve the corporate governance of financial institutions.

The “financial crocodiles” have smashed through the paper windows of weak internal control. It has been more than two years since the head of “Tomorrow” was seized, but the large amount of capital exchanges between contractor banks have not been significantly impacted. Data show that by the end of September 2018, the total liabilities of contractor banks was 503.4 billion yuan ($72.89 billion) , of which 229.3 billion yuan was absorbed from various deposits and 221.1 billion yuan was interbank liabilities (including interbank deposit receipts). In 2018, the interbank deposit certificate rating of Baoshang Bank was negative. Is it the collective neglect of risk management by counterparties, or the total neglect of potential risks? It is difficult to draw a quick conclusion, but the firm belief among all parties that “there is always someone who relays the risk” has undoubtedly played a role in boosting the practice. As long as the return is high, the risk is put to the side. It is absolutely impossible for mature financial markets to be so aggressive. Some attempts have been made to break this belief in the process of taking over Baoshang Bank. However, due to various practical considerations, this time it is still not thorough enough. The next step needs to consider the regulatory system and the processing mechanism and how to prevent the emergence of yet another Baoshang Bank.

The Baoshang Bank incident reflects the bad ecology of small and midsized banks and other financial institutions. They have weak capacity to attract savings, low levels of internal controls, high reliance on their peers, high costs, and so on. On the other hand, in recent years, China’s financial industry has seen an unprecedented flourishing. The value-added of the financial services industry as a proportion of gross domestic product (GDP) has been rising and even surpassing that in developed countries such as the United States or Britain. However, behind this apparent prosperity is constant pressure on the real economy. Finance is the blood of the modern economy and is interdependent with the real economy. The development of the financial industry cannot be separated from the real economy. If a large amount of funds are idling away in the financial field or become the vampire of the real economy, the significance of the existence of relevant financial institutions will be called into question. The purpose of financial supply-side reform is to solve this structural problem. In order to build a multilevel and wide-ranging financial system, we must be able to effectively serve the real economy and meet social needs. At the same time, we must try our best to break down the institutional barriers that restrict financial services. In this regard, we must show greater determination and courage.

As mentioned, there have been some doubts about the timing of the Baoshang Bank takeover. Regardless of the endorsements, it is also necessary to distinguish cognitive biases. There should not be too many set preconditions for strengthening financial supervision. If we discover violations of laws and regulations, we should act in due time. Otherwise, it is tantamount to connivance or even conspiracy. The position of supervision should not be loosened, and excessive extraneous factors should not be mixed in, otherwise it may become opportunistic. Over the years, Tomorrow’s ratio of shares held and number of institutions they are involved in have long violated relevant regulations but were not corrected. It became a unique exception that sends harmful signals to the financial markets. Today the central bank and regulatory authorities face up to this “historical legacy” and make a decisive move, which should become a new starting point to strengthen supervision and rebuild China’s financial ecology.

The storm of Baoshang Bank has largely subsided. The spokesman of the central bank has said there are no plans to take over other institutions. We also expect that. However, the warning from this case is universal and should not be taken lightly. Tomorrow, established in 1999, constitutes a freak incident in China’s financial industry. Only by thoroughly dealing with Tomorrow and its conspirators and guarding against the phenomenon through systems and supervision can China’s financial markets have a bright future.