City Takes Price Cuts Off the Menu for Struggling Developers 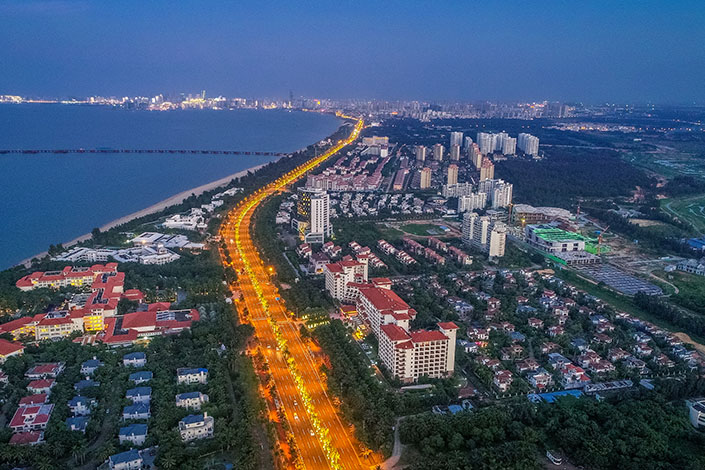 *Under orders to stop property prices rising too rapidly, local governments must also prevent them falling so far they anger locals and threaten stability

(Beijing) — As China’s property market cools in lower-tier cities, some developers have been slashing prices to get rid of their stocks of unsold homes and raise cash.

That’s presented a dilemma for local governments. Although they are under orders to stop prices rising too rapidly, they also want to ensure prices don’t fall so far that they anger local buyers and threaten social stability.

The latest town to try and come up with a solution to prevent a market slump is Enshi, a municipality with a population of just under 1 million some 530km west of Wuhan, the capital of central Hubei province.

Enshi is the biggest town in the Enshi Tujia and Miao autonomous prefecture, the only city-level region in the province with a gross domestic product of under 100 billion yuan ($14.5 billion), according to government data. The prefecture was caught up in the housing boom that swept the country over the past few years. Publicly available housing data show that the average price of homes in the region jumped to 6,251 yuan per square meter in 2018 from 3,830 yuan at the end of 2014, a 63% jump that’s far outstripped the purchasing power of local residents.

Although prices in first-tier and many second-tier cities have held up as their populations increase and demand for housing rises, third- and fourth-tier cities are seeing a bigger effect from the government’s campaign to cool property prices and from the general slowdown in economic growth.

The Enshi Real Estate Association, which is linked to the municipal government, has warned property developers not to lower prices to boost sales after some companies offered large discounts that drew attention from the public and had a “negative influence” on the local real-estate market. The warning, contained in a notice sent by the association dated June 6, has been widely circulated online. The association also plans to send real-estate specialists to make unannounced spot checks on property projects in the region to investigate price cuts and report the findings to government authorities, according to the notice.

The association had already highlighted the risks of a market downturn in a report in the third quarter of 2018, when it warned of waning home sales and cooling property prices across the country. The June 6 notice acknowledged that pressure on property developers is growing, noting that the number of unsold property projects in the city has increased and sales have fallen.

The notice listed “tricks” developers have been using to hide price cuts, including selling at significantly lower prices than those registered with the local government, and said such practices “caused widespread concern in society and adversely affected the real estate market.”

Enshi isn’t the first city to impose restrictions on developers’ ability to lower selling prices. When a property developer in Wuhu city in Anhui province in eastern China cut home prices in January, the move triggered protests from people who had bought at higher prices, prompting the local housing department to intervene and stop the developer from offering the discounts.

Local authorities or government-linked agencies in cities in Jiangsu province in eastern China and Jiangxi province in the south have also intervened into their property markets to stop prices from dropping.

Tepid house prices in lower-tier cities contrast with a recovery in prices in first- and second-tier markets. The average home price per square meter of 64 smaller cities monitored by Shanghai E-House Real Estate Research Institute grew 9.7% year-on-year in April, below the average national growth rate of 10.2%, according to an institute report in late May, noting that the stock of unsold properties in these cities had surged over the previous six months.