If WTO Cannot Be Fixed, a New Body Could Be Created, Ex-Central Bank Chief Says 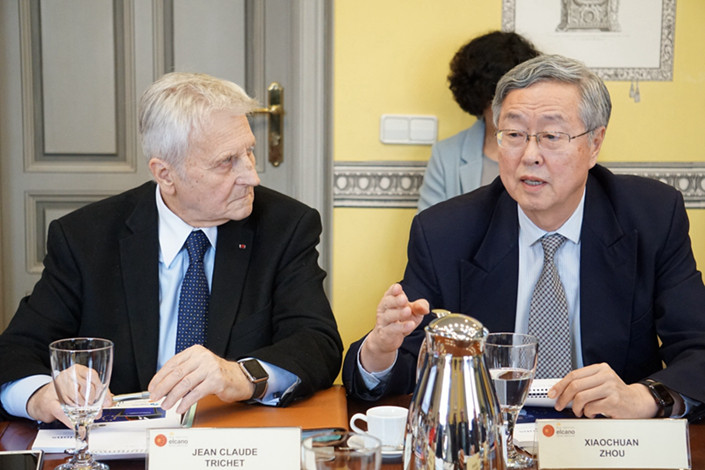 If a consensus on WTO reforms can’t be reached, one solution could be a new organization including China and the EU based on the Comprehensive and Progressive Agreement for Trans-Pacific Partnership (CPTPP), Zhou suggested at a roundtable jointly held by Caixin and Spanish think tank Elcano Royal Institute in Madrid in late May.

The WTO, which sets and enforces rules for the global trade system, faces multiple challenges including the inadequate functioning of its Appellate Body, a key part of its dispute settlement mechanism.

The body, which acts as the supreme court of global trade and hears appeals of trade dispute decisions, should have seven members under WTO rules. However, it now has only three because U.S. President Donald Trump has blocked appointments to it since 2017 — three is the minimum number of members it needs to operate properly. If the Trump administration doesn’t change course, the appeal body will have only one member by the end of this year when the other two members’ terms will have expired, and it won’t be able to function at all. Under WTO rules, filling positions on the body requires a consensus among all its members.

The U.S. government has long been dissatisfied with the body, accusing it of “adding to or diminishing rights and obligations under the WTO Agreement.”

Dispute settlements, along with trade negotiations and trade policy reviews, are three major functions of the WTO. If there is a breakdown in the dispute-settlement function, widely seen as its most important role, damage will be done to the other two functions, pushing the organization into a crisis unlike any it has seen since it was created in 1995.

“We have a shared common goal, which is to protect open trade and to protect the multilateral system … but certainly not embarking on protectionism,” former European Central Bank President Jean-Claude Trichet said at the roundtable.

In November, China, the EU and several other big economies jointly proposed changes that could break the deadlock at the WTO Appellate Body. Later this month, leaders of 20 major economies are scheduled to review progress on WTO reforms at the G-20 summit in the Japanese port city of Osaka.

Zhou also said that a major problem that hasn’t been entirely solved since the global financial crisis is the dominant role of the U.S. dollar in the global monetary system.

Usually, the system isn’t harmful, yet if any event across the globe leads to capital flowing from emerging markets or many other countries to the U.S., this system could create serious volatility and further problems, he said.

The world “could and should” reflect much more on the idea of using the International Monetary Fund’s (IMF) Special Drawing Rights (SDRs) as a global monetary anchor, Trichet said.

The SDRs are an international reserve asset launched by the IMF in the late 1960s to supplement its member countries’ official reserves. The value of the SDRs is based on a basket of five major currencies: The U.S. dollar, the euro, the yuan, the Japanese yen and the British pound. The yuan was the last to be included, joining in 2016.

Another problem is that some central banks and governments strongly support quantitative easing and a low-interest-rate policy, which could become a major economic problem in the future, Zhou said.

“People are easy to forget something that happened before,” he said.

Tang Cheng and Tong Beicheng contributed to this report.