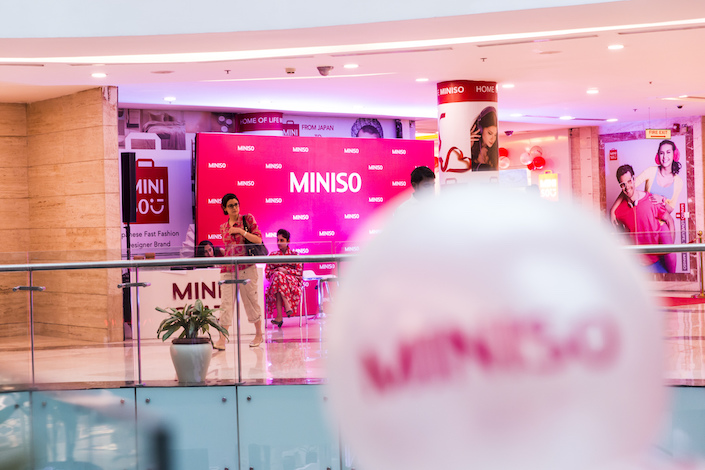 (Bloomberg) — MINISO Co., a Chinese budget household and consumer goods retailer, is planning an initial public offering that could raise about $1 billion, according to people with knowledge of the matter.

The company is inviting banks to pitch for roles in the proposed offering, the people said, asking not to be identified because the information is private. The share sale could take place in Hong Kong or the U.S., while the timeline is yet to be decided, the people said.

MINISO, founded by Japanese designer Miyake Junya and Chinese entrepreneur Ye Guofu in 2013, designs its products in Japan and has more than 3,500 stores across 80 countries including China, the U.S., Brazil, the United Arab Emirates and Russia, according to its website. The company posted revenue of 17 billion yuan ($2.5 billion) in 2018.

Tencent Holdings Ltd. and Hillhouse Capital invested 1 billion yuan in the retailer last year in its first external financing round, according to a statement at the time.

Deliberations are at an early stage, and details of the offering including the fundraising size could change, the people said. The company doesn’t have any additional information to disclose after announcing in January last year that it plans an IPO, a representative said in an emailed response to Bloomberg.

MINISO has been compared to Muji, the minimalist retailer owned by Ryohin Keikaku Co. which offers no-brand, no-logo lifestyle and household goods.

In 2016, MINISO and a connected firm were ordered to compensate LVMH for its economic losses in a design infringement lawsuit in Shenzhen, according to a court document. On the other hand, the Chinese company is involved in several copyright disputes in which it accused other domestic retailers of copying its brand and committing fraud during marketing campaigns.