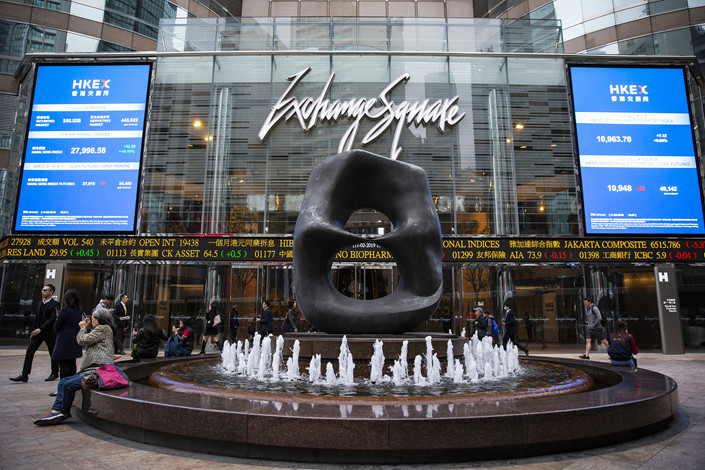 Real estate developer Zhongliang Holdings Group Co. Ltd. plans to raise up to HK$3.54 billion ($453 million) in an initial public offering (IPO), amid sluggish demand in the smaller cities on which it has long focused.

Zhongliang aims to sell 530 million shares, or 15.01% of its enlarged issued share capital, at HK$5.20 to HK$6.68 per share at its IPO, which is scheduled for July 16, according to the latest copy of its prospectus filed with the Hong Kong Stock Exchange on Wednesday.

The Zhejiang province-based property developer has a portfolio of 353 projects across 124 cities in China, according to the company’s prospectus. Its land bank amounted to 38.9 million square meters (418 million square feet) as of the end of March.

Over the last three years, Zhongliang has been rapidly expanding the amount of land it has been buying in smaller cities. The company acquired 168 parcels in third- and fourth-tier cities in 2018, up from 88 in the previous year and 34 in 2016.

The company said it will use 60% of the listing proceeds to build residential properties and 30% to repay debts, with the remaining 10% to be used as general working capital.

China’s housing market has recently showed signs of slowing after years of breakneck growth, with the market slowing most in smaller Chinese cities. Some companies focusing on smaller cities, including major developers Country Garden and China Evergrande, have slowed the pace at which they are buying land.

“We expect sales in lower tier cities, mainly small cities and cities not in economically strong regions, will decline faster than major cities because of changes in the shantytown redevelopment program, more restrictive uses of the monetary compensation in shantytown redevelopment, and the high base of sales in the previous year,” said Kaven Tsang, senior vice president of Moody's Investors Service.

Launched in 2005, the shantytown redevelopment program aims to replace suboptimal and even dangerous living conditions in urban areas with modern homes through projects run by local governments. But it has also drawn criticism for driving up home prices in third- and fourth-tier cities after cash reimbursements offered by local authorities became an increasingly popular way of compensation, rather than new housing, since 2015. Cash reimbursements can drive more property purchases than giving out new homes because buyers can use the money for down payments on multiple homes.

Yet the boom may not last as the government tightens control over its shantytown redevelopment program.

Zhongliang also cited in its prospectus the potential for weak performance in China’s property market as a major risk, which might affect its sales and future prospects.

Zhongliang CEO Huang Chunlei said the company will focus on developing projects in cities in the country’s less-developed western and central regions, where land is relatively cheaper.

Zhang Qizhi and Liu Jiefei contributed to this report.