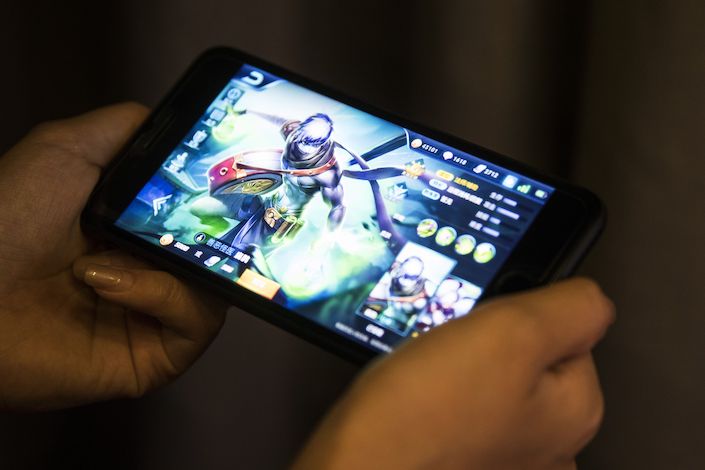 Tencent is keen to shore up its bottom line as growth slows. Photo: Bloomberg

(Bloomberg) — Tencent Holdings Ltd. is pressing China’s top smartphone vendors and app stores to increase the cut of revenue it gets from games sold through their platforms, people familiar with the matter said, stepping up efforts to claw back profits as its business slows.

The social media giant is seeking as much as 70% of the sales generated from its games, up from just 50% now, said the people, who requested anonymity discussing private negotiations. That would bring Tencent’s portion in line with the proportion shared with game publishers on other platforms, including Apple Inc.’s iOS store and Google Play, which each keep 30% of revenue that comes from apps. Negotiations vary from platform to platform, and Tencent may not be asking as much from each app store operator, the people said.

Tencent is keen to shore up its bottom line as growth decelerates in China, the world’s No. 2 economy, sapping consumer spending on entertainment and hurting advertising. The company’s gaming division — its largest — was battered in 2018 by a series of regulatory crackdowns and in May, Tencent reported the smallest increase in sales since going public in 2004.

At the same time, Tencent has gained leverage in negotiations because the pipeline of new games has shrunk, a result of Beijing’s clampdown on what it views as gaming addiction among youths. Fewer than 5,000 new games will be approved this year, compared with more than 8,500 in 2017, Asia-focused gaming researcher Niko Partners estimates.

Tencent “is likely to gain stronger bargaining power against its distribution channels,” Citigroup analysts led by Alicia Yap wrote in a research note this week.

The social media titan initiated talks in recent weeks with most of the country’s largest app stores, run by leading smartphone makers such as Oppo, Lenovo Group Ltd. and Xiaomi Corp., as well as internet outfits such as Baidu Inc. and 360, the people said. Tencent is focusing on only a subset of its games at present, they said. But if the 70-30 split becomes the standard, that could translate into billions of dollars of additional revenue annually.

Tencent dominates the market thanks to its all-purpose WeChat app, which serves more than a billion people, and a development machine that consistently cranks out hits such as Honour of Kings and Peacekeeper Elite. Now, the company is taking advantage of its heft — its closest rival is the much smaller NetEase Inc. — to pressure app distributors to cough up more revenue, the people said.

P.H. Cheung, a spokesman for Tencent, didn’t immediately respond to an email and text query on the company’s plans, which were previously reported by gaming industry media outlet Gamelook. Baidu and Oppo declined to comment.

Those negotiations are by no means all one-sided. If anything, Tencent may have to work hard to change the status quo. The country’s four biggest smartphone names — Oppo, Vivo, Huawei Technologies Co. and Xiaomi — run app stores for their users that together account for about 40% of market share.

Among the new titles on which Tencent wants a bigger revenue cut is role-playing mainstay JX Online 3, developed by China’s Kingsoft Corp., and Crazyracing Kartrider, a mobile remake of a popular title from South Korea’s Nexon Co., one person said. As of now, neither title is available on stores operated by Oppo and Vivo, suggesting those two device-makers have yet to agree to Tencent’s proposal.

App developers and publishers compete to get games listed on those stores, whose operators host in-game payments for things such as virtual goods, character skins and power-ups. In return, developers get a cut of that revenue. Unlike in the U.S. and Europe, where a 70-30 split is common, revenue-sharing varies hugely across different Chinese stores but is commonly pegged at 50%. Furthermore, that cut is usually negotiated directly with each of the stores, sometimes on a game-by-game basis.

What’s in the app stores’ favor is the sheer volume of competition. While Google Play is blocked in China, there are approximately 400 Android app stores, though many have an extremely small number of mobile users. The country’s app stores focus especially heavily on games because that’s where the money is — many don’t even levy a cut of revenue at all on nongaming apps.