The Silver Lining of Fake Profits — Getting a Tax Refund

By Wang Juanjuan and Liu Jiefei 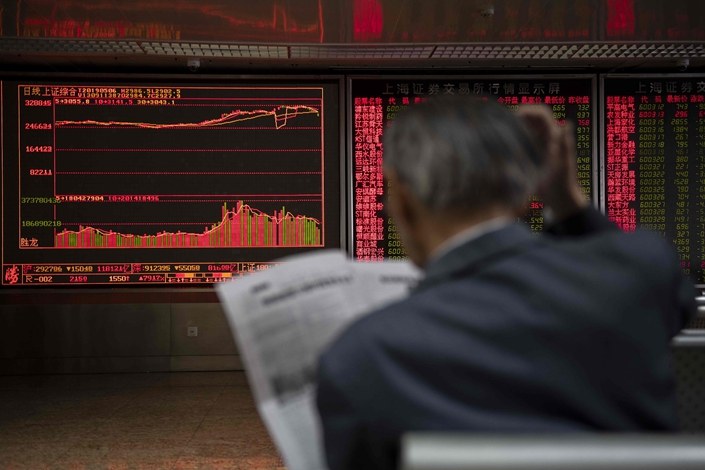 China’s laws on tax collection do not differentiate between tax that’s overpaid due to a miscalculation or falsification of profits, a partner at a major accounting firm told Caixin. Photo: VCG

*The recent case of Ningbo Sunlight, which said it successfully claimed a rebate for taxes it paid on inflated income, has raised the prospect that other firms that have overstated their profits could do the same

*Kangde Xin Composite Material Group inflated its profit by 11.9 billion yuan, and could be entitled to a nearly 3 billion yuan rebate. However, experts said that firms could be wary of exercising this entitlement and running foul of the authorities

(Beijing) — Catching Chinese companies inflating their revenue and profit may represent a victory for regulators in their efforts to root out corporate malfeasance, but it’s bad news for the country’s authorities — who face the prospect of refunding billions of yuan of tax payments.

The potential hit to the nation’s tax coffers was highlighted last week when Shenzhen-listed Ningbo Sunlight Electrical Appliance Co., a thermostat and electric kettle manufacturer, said it had received a 2.5 million yuan ($363,000) rebate after slashing its 2015 profit figures following an investigation by the China Securities Regulatory Commission (CSRC).

Companies including Kangde Xin Composite Material Group Co. Ltd., the scandal-hit laminating-film manufacturer that overstated its profits by 11.9 billion yuan over a four-year period, could also be eligible to reclaim tax paid on their non-existent earnings, accounting experts said. The debt-ridden company, which has defaulted on billions of yuan of debt and whose controlling shareholder allegedly embezzled its funds, could apply for the return of almost 3 billion yuan.

Ningbo Sunlight was forced to restate its earnings, which resulted in a loss of 16.32 million yuan rather than the 3.67 million yuan of pre-tax profit it originally reported, the statement said.

The company then applied to the local taxation bureau for a refund of the 2.5 million yuan tax paid on the non-existent 10 million yuan profit on the fake copyright purchase, and in a filing (link in Chinese) to the exchange on Thursday said it had recently received the funds. Under China’s tax regulations, companies do not pay tax on state aid.

China’s laws on tax collection do not differentiate between tax that’s overpaid due to a miscalculation or falsification of profits, a China partner with one of the “Big Four” global accounting firms, who declined to be identified, told Caixin. Although Ningbo Sunlight was punished for fraud, that shouldn’t affect its application for a tax refund, the person said. If Kangde Xin can prove that it overpaid tax due to inflated income, theoretically, it could seek reimbursement, the person said.

Shenzhen-listed Kangde Xin, which is based in the city of Zhangjiagang in East China’s Jiangsu province, was found to have overstated a total of 11.9 billion yuan worth of profit for the four years through 2018, the CSRC said in a statement (link in Chinese) on July 5. It opened an investigation into the company after it defaulted on its debts in January despite its financial statements showing it had 15 billion yuan in cash and bank deposits four months earlier.

However, many companies may not dare to exercise their legal entitlement for fear of running foul of the local tax authority that oversees them, especially if the figures involved are sizeable, several people familiar with accounting and taxation issues, who declined to be identified, told Caixin. Claiming a tax refund for inflating profits by 20 million yuan, as Ningbo Sunlight did, is one thing, but claiming a refund of almost 3 billion yuan on fake profits of 11.9 billion yuan, is another, one expert said.