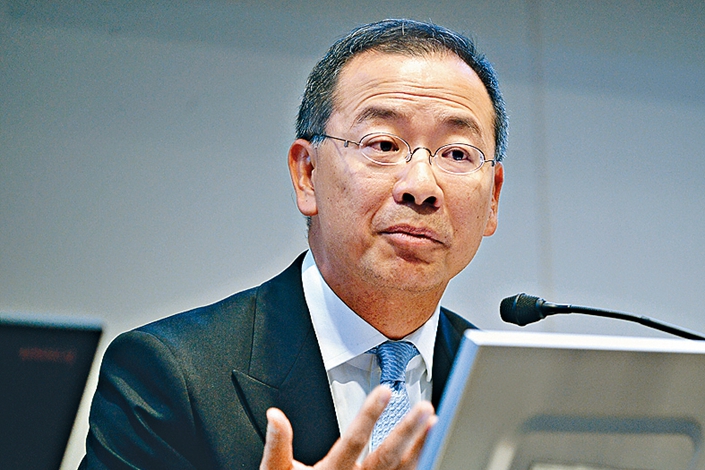 Hong Kong picked the next head of its de facto central bank Thursday, amid social unrest that has shaken the financial hub in recent weeks.

Eddie Yue, who will become the chief executive of the Hong Kong Monetary Authority (HKMA) for a five-year term on Oct. 1, said at a press conference Thursday that the city faces “tremendous complexities and uncertain financial markets” and his team will strive to “maintain Hong Kong’s monetary and banking stability.”

According to his profile on the HKMA website, the 54-year-old has been at the institution since 1993, and since 2007 has been a deputy chief executive responsible for “reserves management, external affairs and research.” Over the past 10 years, he has also managed Hong Kong’s Exchange Fund, the city’s hoard of foreign exchange that plays a key role in the value of the Hong Kong dollar.

The special administrative region has been troubled by problems including social unrest, a wildly expensive property market, disruptive financial technology and the U.S.-China trade war. These factors have raised concerns about capital outflows and deceleration of economic growth.

Over the past year, the Hong Kong dollar’s exchange rate against the U.S. dollar has hit new lows several times, leading to the HKMA increasing its liquidity with an about HK$130 billion ($16.6 billion) injection from the Exchange Fund.

However Yue, like his predecessors, will have a limited policy toolbox with which he can address the region’s problems.

Under the region’s “linked exchange rate system,” the currency was set at 7.8 per dollar in 1983 and later allowed to fluctuate slightly. The authority describes the system as enabling “Hong Kong to adjust to shocks without the damage and volatility of a sudden currency collapse.”

But this system also makes the Hong Kong dollar vulnerable to shifts in U.S. monetary policy, such as changes to the Federal Reserve’s interest rates.

Regardless of how well he addresses these problems, Yue will be one of the world’s best paid central bankers. His starting salary will be HK$7 million ($895,000), plus bonuses, and this will increase every year. The total salary of current HKMA chief, Norman Chan Tak-lam, was HK$9.8 million last year, the highest of any central banker.

Chan will retire after serving as HKMA head for a total of 19 years.

A previous version of this story mistakenly said that Eddie Yue did not specify the “complexities” facing Hong Kong, when in fact he did.