By Isabelle Li and Zhang Qi 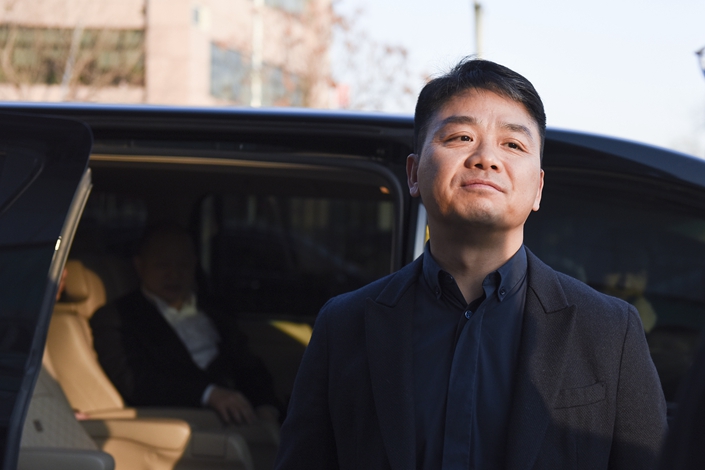 Eleven months after JD.com Inc. founder and chairman Richard Liu was accused of rape by a Chinese student at the University of Minnesota, the state’s police force released materials collected during its investigation into the events of the controversial night in August that embroiled the e-commerce billionaire in a scandal.

The cache of written, audio and video materials released on Wednesday includes testimonies from Richard Liu, his accuser — 22-year-old Chinese student Jingyao Liu — and several witnesses. It also contains surveillance video footage from the apartment building where Jingyao Liu alleges the rape took place, as well as text messages that she sent to a friend asking for help.

Minnesota prosecutors decided in December not to press felony charges against Richard Liu because of insufficient evidence, concluding a three-month investigation. Prosecutors said they had concerns about proving the case “beyond a reasonable doubt.”

On April 16, Jingyao Liu filed a civil lawsuit in a Hennepin county court that accused Richard Liu, whose name in Chinese is Liu Qiangdong, of civil assault and battery, false imprisonment, sexual assault and rape. She is also suing JD.com for vicarious liabilities.

John Elder, a spokesperson for the Minneapolis Police Department, told Caixin that police waited until now to release the materials because of the need to redact and legally review it all before granting access to the public.

Some details in the released materials have gone viral since Wednesday. Some people posted sexual details contained in the materials on social media, while some commenters speculated that extortion was the motive behind Jingyao Liu’s accusations.

Jingyao Liu acknowledged the authenticity of the released material, but she was also “furious” with certain domestic media reports for describing the sexual details in exaggerated ways, she told Caixin on Thursday. Richard Liu’s attorney, Jill Brisbois, said in a statement that the released materials further proved his innocence.

Caixin reported in April that the case has remained controversial as the two differed in their testimony about whether Jingyao Liu consented to having sex with the tech company founder.

In an exclusive interview with Caixin in April, Jingyao Liu said she had barely spoken to the billionaire before the boozy dinner that preceded their encounter in August. According to her lawsuit, Jingyao Liu accused Richard Liu of raping her in her apartment after the dinner.

Professor Joseph Daly from the Mitchell Hamline School of Law confirmed that there is a law in Minnesota that requires that case documents be made public when police decide not to proceed with criminal charges, even when the materials contain private details.

Jingyao Liu’s lawyer Wil Florin dismissed the extortion allegations as “ridiculous.” Florin said the police did not release all of the materials they collected, including the body cam footage inside Jingyao Liu’s apartment “that supports the allegations of our lawsuit” among others.

When asked by Caixin Thursday whether they would be open to settlement prior to the September hearing, Florin did not address the question directly, but said he and his client look forward to “a Minnesota judge and jury hearing and seeing all of the evidence, including what the police have not publicly released, and providing her a full measure of justice.”