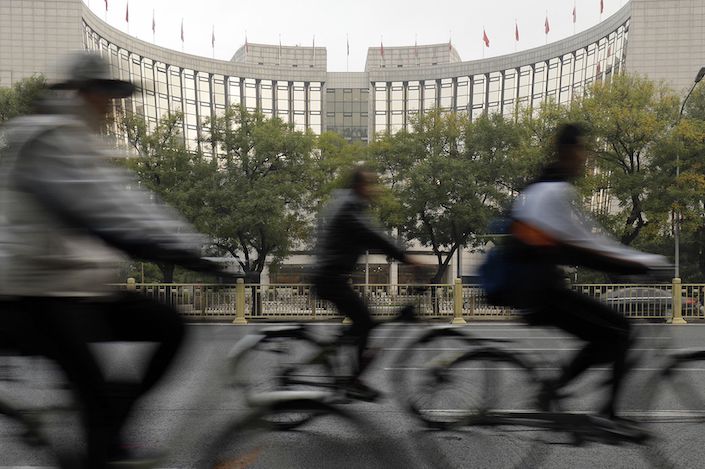 (Bloomberg) — China took further steps toward a long-awaited reform of the country’s interest-rate system, a move aimed at lowering borrowing costs for the economy.

The State Council, or cabinet, ordered improvements to the formation of the Loan Prime Rate (LPR), the price of loans banks offer their best clients. Officials intend to turn that into a new benchmark reference rate, according to a state media report late Friday.

Banks will submit their prices in terms of basis points added to the interest rates on funding they receive from the central bank in the open market to form an LPR, according to the report. A basis point is a hundredth of a percentage point. Pricing the LPR on the basis of open market interest rates is a shift away from the current practice of referring to the one-year benchmark lending rate, which is more expensive.

While the average funding cost for the real economy has stabilized and declined in recent months, it’s still necessary to “keep liquidity reasonable and sufficient, especially facing the current situation,” the statement said. The government also pledged to use “multiple monetary and credit policy tools” to lower funding costs.

The Loan Prime Rate will cover more maturities, including five years and longer, in addition to the current one-year tenor, according to the report.

China’s economy weakened more than expected in July after a brief bounce in the previous month, and the trade war with the U.S. is expanding from the trade front into financial and currency areas. Friday’s move offers the first formal details as to how policy makers plan to liberalize the country’s official interest rates, a milestone in reforms started four decades ago to loosen state control of the economy.

The changes will eventually enable the People’s Bank of China (PBOC), the central bank, to influence the entire economy and financial markets via the price of its short-term loans in the open market, similar to other major central banks.

Most central banks govern the price of money in an economy via the rate banks are charged to borrow cash over short time periods. In China, that approach is divided into two steps. The PBOC sets a rate that prices mortgages, business loans and other commercial lending — the one-year lending rate. Separately, the seven-day reverse repo rate is considered the benchmark for short-term inter-bank borrowing.

The PBOC has recently reiterated resistance to large-scale easing measures and has refrained from following the U.S. Federal Reserve in cutting interest rates.