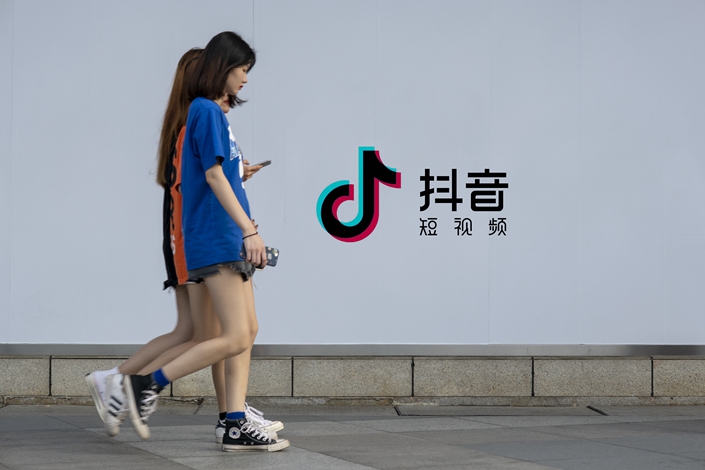 Popular Chinese short-video platform Douyin, known internationally as TikTok, said it will offer content creators more tools to target specific audiences.
The tools — including one for traffic optimization and a new backstage content management system —will allow 10 million more people to make money on the platform in the next 12 months, said Zhi Ying, Douyin’s general manager for marketing, at a gathering of Douyin content creators in Shanghai Saturday. Douyin is operated by tech unicorn ByteDance.

The traffic optimization service will allow content creators to better target users within a specific regions or cities, Zhi said.

Zhi did not specify at the conference what kinds of information would now be available through the content management system, which was announced prior to the Shanghai gathering and is already online.

This is Douyin’s latest effort to use monetization to woo content creators to use its platform in China’s competitive short-video and livestreaming space. As of July, Douyin boasted 320 million daily active users.

Content creators can earn cash on Douyin through various means, such as paid endorsements or by driving traffic to e-commerce platforms. The app itself mainly makes money through advertising and commission fees it charges content creators.

A previous version of this post implied that the content management system, and the fact it would offer creators more information about their audience, was revealed at the Shanghai gathering Saturday. It was revealed earlier.