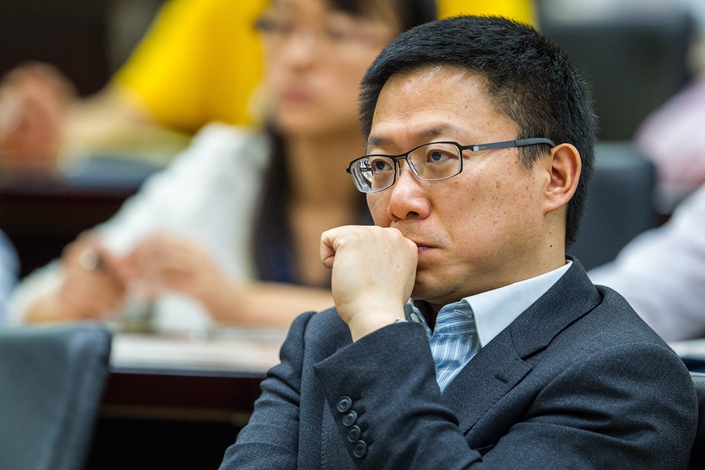 Vice Finance Minister Liao Min will head to the U.S. Wednesday to help prepare for the higher-level trade talks expected for next month, the official Xinhua News Agency reported on Tuesday.

Liao also serves as a deputy director of the general office of the Central Financial and Economic Affairs Commission, which is headed by Vice Premier Liu He, who has led the Chinese delegation of trade negotiators.

Earlier this month, the U.S. and China agreed to resume talks after several escalations in the dispute that has undermined trade between the two countries and the global economy. China’s Ministry of Commerce said earlier this month that the two sides aim to make “substantial progress” at the October talks.

Both sides have made gestures of goodwill ahead of the talks. The Chinese government said last week that it will exempt additional tariffs of some U.S. agricultural products, including soybeans and pork, and support enterprises to make agricultural purchases. It has also announced tariff exemptions on 16 categories of U.S. imports, including some pharmaceuticals and lubricants, that had until Tuesday been subject to 25% tariffs China began levying last year in retaliation for similar tariffs imposed by Washington.

In the U.S., President Donald Trump’s advisers have discussed postponing or even rolling back some tariffs on Chinese goods as a part of a limited trade agreement in exchange for “Chinese commitments on intellectual property and agricultural purchases,” Bloomberg reported Thursday. Trump told reporters the same day that he’d consider an interim trade deal with China despite preferring to “get the whole deal done.”

On Wednesday, Trump tweeted that a tariff increase from 25% to 30% on $250 billion worth of Chinese goods, originally slated to take effect on Oct. 1, will be postponed to Oct. 15 as a “gesture of goodwill” while China celebrates the 70th anniversary of the founding of the People’s Republic.

Analysts expect that a limited trade agreement could be reached to prevent trade tensions from escalating, though they remain doubtful about whether the world’s two largest economies can reach a lasting deal.