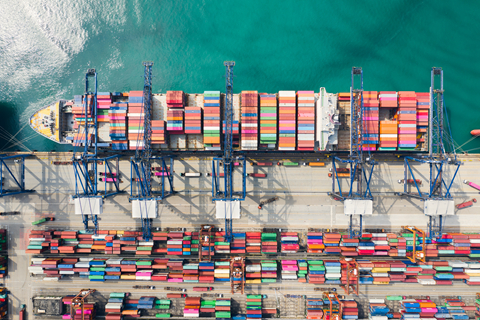 China and the United States could reach a partial deal within six months to settle some aspects of their trade dispute, as the protracted trade war takes a toll on the worlds’ two largest economies, top experts from both countries have suggested.

The comments come after China and the U.S. announced on Thursday that top trade negotiators would meet again in Washington in early October. Deputy trade officials will meet this month to lay the groundwork for the October talks.

Huo Jianguo, vice chairman of China Society for World Trade Organization Studies, a Beijing-based think tank affiliated with China's Ministry of Commerce, said on Friday that it was likely that the two countries could reach a deal within six months.

"It is likely that they can solve the problems - I would say that the possibility is 60%-70% - because both of them are willing to talk," Huo said in a response to a question asked during a panel discussion at a China Development Forum event in Beijing on the US-China trade war.

“A breakthrough could be made if both sides show a bit of flexibility, he said.

Progress would be more likely if US President Donald Trump, in a sign of good faith, chooses to delay the increased tariffs he announced in late August, Huo said. Trump has threatened to raise the tariff rate on $250 billion of Chinese imports from 25% to 30%, effective October 1.

Jeffrey Schott, a senior fellow at the Washington-based Peterson Institute for International Economics, agreed that the chances are a better than 50% that a partial trade deal could be made by the end of this year.

However, Schott, speaking on the same panel, said that it would be also possible that this partial deal could be overturned next year. He did not elaborate on how and why that could happen.

He argued that the two countries missed an opportunity to reach a trade deal in May. "Now we have already fallen into a quagmire. We'd better try to get out of it rather than make the situation even worse," he warned in reference to continuing tit-for-tat tariff escalation in recent months.

Beijing and Washington failed to seal a deal in early May after each side accused the other of backtracking on promises made during earlier negotiations.

David Lampton, professor emeritus at the Johns Hopkins School of Advanced International Studies in Washington, said there is a possibility that the two countries could reach a narrow deal in the near term if China commits to purchasing a large amount of American products.

But Washington would not be fully satisfied by such a concession from China because it wouldn't address the fundamental disagreements between the two countries, he warned.

The US-China tariff war has begun to take a toll on both economies. Schott warned that punitive U.S. tariffs would cover almost 97% of China imports by the end of the year, if they are implemented as currently planned.

At that point, the average tariff rate imposed by the two countries on each other side would rise to 24% from current 3% before the trade war, he added.

Gary Hufbauer, a trade expert and a former senior US Treasury official, warned in a separate panel that Beijing and Washington should not underestimate the fallout of their trade war.

"It would cost the two countries about US$500 billion in economic output, which equals the size of the entire economy of South Africa," Hufbauer said.