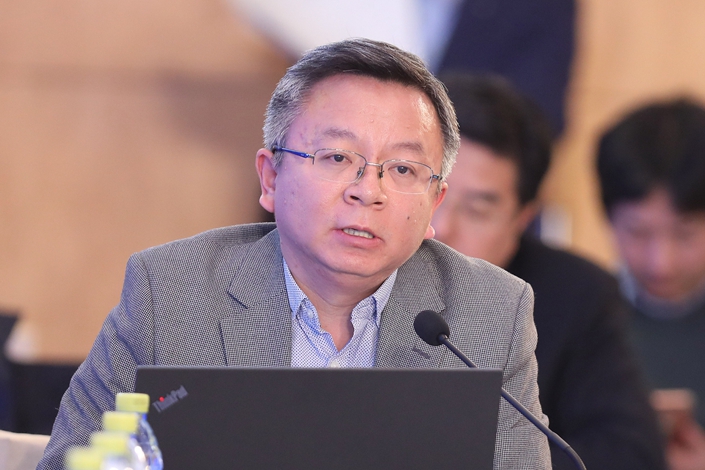 Another financial industry veteran has been given a role in provincial-level leadership, the third since the start of August, as the trend of financiers being moved to government positions continues.

Li Bo, a former director of the central bank’s monetary policy department, has been given a senior position in the leading Communist Party body of the government of Southwest China’s Chongqing municipality. The Chongqing-born official is likely to get a job as vice mayor.

Chongqing is one of the four municipalities — along with Beijing, Tianjin and Shanghai — which are regarded as provincial-level entities under the direct governance of the central government.

On Tuesday, in his first public appearance as a Chongqing official reported by the media, he toured (link in Chinese) the local securities watchdog.

Li, 47, has a doctorate in economics from Stanford University and worked as a lawyer for U.S. law firm Davis Polk & Wardwell LLP, before returning to China in 2004 and getting a job at the People’s Bank of China (PBOC).

Last year, Li left the PBOC to become a vice chairman of the government-backed All-China Federation of Returned Overseas Chinese.

Former Bank of Communications Co. Ltd. Executive Vice President Wu Wei was moved to North China’s Shanxi province in August, while his counterpart at Industrial and Commercial Bank of China Ltd. (ICBC), Tan Jiong, was moved to Southwest China’s Guizhou province earlier this month. Both are expected to be made vice governors.

China has put at least 11 finance industry veterans and officials in posts at the level equivalent to provincial vice governor, as shuffling financiers between institutions and governments has become an increasingly popular tactic to grease the wheels of policy coordination and help them get a sense of the financial sector on the ground.