By Sun Liangzi and Tang Ziyi 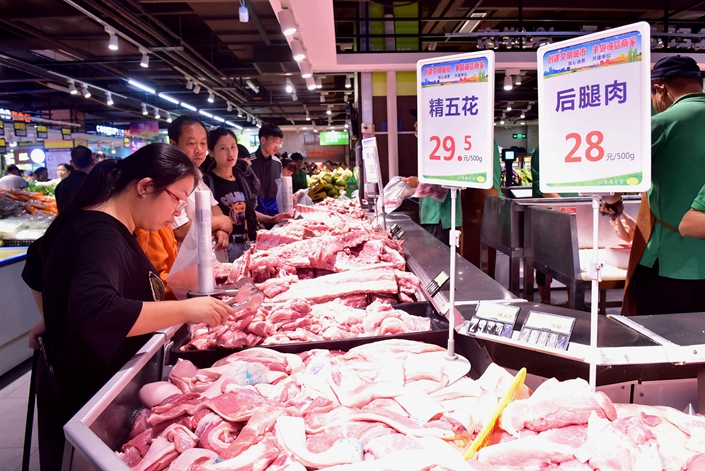 The widespread outbreak of African swine fever that has prompted China to slaughter millions of pigs has caused 1 trillion yuan ($140 billion) of direct losses, an industry expert estimates.

Li Defa, who heads the College of Animal Science and Technology at China Agricultural University, made the remarks at a pig industry forum on Tuesday. The upstream and downstream of the pork industry chain — such as pig feed and catering industry — are not included in the calculation, he said.

China’s pork industry has been ravaged by the deadly pig virus since at least August 2018, when the first case was reported in Northeast China’s Liaoning province. It has since spread to all provincial level regions in the country, wiping out about one-third of hog stocks and sending pork prices to record highs.

That’s contributed to broader food inflation. In August, China’s consumer price index, which measures the prices of a select basket of consumer goods and services, rose 2.8% year-on-year, according to data from the National Bureau of Statistics (NBS). The average pork price increased 46.7% year-on-year — the fastest pace in more than eight years — adding 1.08 percentage points to CPI growth.

The price of live pigs hit 29.4 yuan per kilogram in mid-September, more than doubling from when the epidemic first became publicly known in August last year, according to data from NBS.

Pork is the main meat consumed in China, accounting for more than 60% of the country’s meat demand. The country is expected to consume 55 million tons of pork in 2020 with an estimated population of 1.4 billion, said Li. “If China loses more than half of its domestic pork production, it will not be easy to meet the demand gap by relying on foreign supplies,” he said.

To try to stabilize prices and feed domestic supply, the central government pledged to raise purchases of pork from overseas markets, including the U.S and Europe.

It also released 10,000 tons of pork from state reserves last week to cope with a supply shortfall ahead of the weeklong National Day holiday.