In Depth: Can Local Governments Again Come to the Rescue? 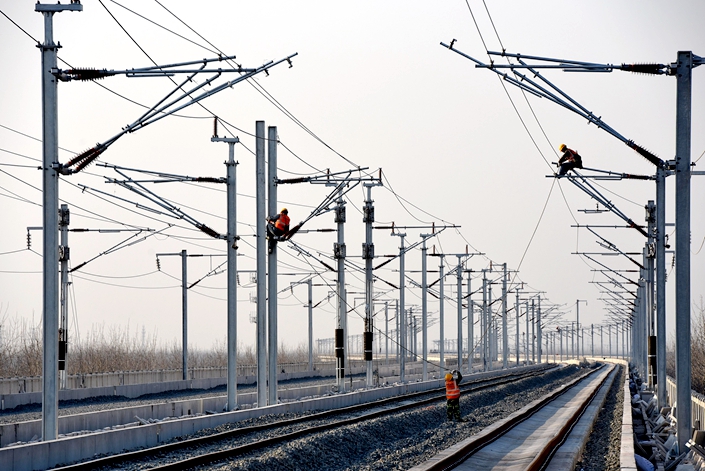 As the urgency of halting a deeper slide in China’s economic growth increases, the government is, once again, turning to local authorities to put a floor under the slowdown by boosting investment on infrastructure projects such as roads and railway construction.

The strategy is fraught with challenges. Policymakers are faced with the dilemma of how to fund the spending without adding to the trillions of yuan of hidden risks that have built up in the country’s financial system from previous rounds of stimulus that started during the global financial crisis in 2008. Local authorities have shown little appetite for boosting infrastructure investment, put off by the prospect of incurring even more debt and a lack of suitable projects to invest in — forced to implement the strategy, they may end up fueling a glut of inefficient projects that will never earn enough money to repay the debts they’ve incurred.

Nevertheless, the central government has ploughed on, focusing on the use of special-purpose local government bonds (SPBs) as the main tool to raise investment funds in an attempt to control debt risks. Although selling more bonds still leads to an increase in local government borrowing, the debt is explicit, transparent and appears in the budget, as opposed to being concealed in local government financing vehicles (LGFVs) and other illicit channels that obscure the real ownership of the liabilities.

SPBs were introduced in 2015 to support investment projects that are commercially viable while also bringing more transparency to local government debt. The bonds are meant to be repaid with income generated by the projects they invest in, in contrast to “general bonds,” which can be paid back using fiscal revenue.

Proceeds from SPB sales were initially supposed to be used for buying land for local government reserves and for shantytown redevelopment, but were later allowed for other purposes such as education spending and investment in subways.

One reason for the muted impact is the fact that most of the SPB proceeds have been used for land and shantytown development. So far in 2019, 31% of SPB issuance has gone to supporting local land reserves with 34% going toward shantytown renovations and only 35% to infrastructure and public projects, Wang Tao and Zhang Ning, Hong Kong-based economists with UBS AG, wrote in a Sept. 25 research note.

The State Council, China’s cabinet, has now acted to push local governments to prioritize infrastructure spending. At a Sept. 4 meeting it decided to allow SPB issuance for 2020 to start early, possibly before the end of 2019, to ensure funds are in place to allow projects to proceed in the first quarter of next year. But the cabinet stipulated that proceeds from the early bond sales must not be used for land reserves, real estate-related sectors such as shantytown redevelopment, repaying debt swaps or for industrial projects that can be developed commercially without government help.

The restriction is aimed at fueling real investment that can shore up areas of weakness and expand domestic demand, said Qiao Baoyun, head of the Academy of Public Finance and Public Policy at Central University of Finance and Economics. Increasing land reserves and real estate projects such as shantytowns are not considered effective investments, he said.

The State Council also decided to continue a policy introduced at the end of 2018, after approval by the standing committee of the National People’s Congress (NPC), that allows the government to approve the early issuance of a certain percentage of the following year’s SPB quota. The aim is not only to speed up local governments’ access to funding, but also to help the planning and implementation of infrastructure projects.

The Ministry of Finance has already asked local governments how much debt they need to sell next year, several months ahead of the usual schedule, a move the State Council said was aimed at ensuring funds are put into use and generate results in early 2020.

The NPC Standing Committee capped early issuance at 60% of the previous year’s quota, which means in theory that 1.29 trillion yuan could be raised by local governments through the front loading of next year’s SPB quota, although UBS economists expect 400 billion yuan to 600 billion yuan of bonds will be issued in the fourth quarter, with the proceeds disbursed to local projects as early as Jan. 1.

The early request by the finance ministry makes sense, because the traditional process created crucial time gaps that made it difficult for local governments to plan and sell bonds, said Zhao Quanhou, a researcher at the Chinese Academy of Fiscal Sciences (CAFS) under the Ministry of Finance.

Usually, local governments submit their borrowing needs for the following year in October and November. But the national quota put forward by the finance ministry isn’t formally approved until March when the NPC meets for its annual session, and then provincial NPCs have to approve the provincial quotas, which means local governments can’t start selling bonds until April or May, and means the bulk of issuance doesn’t happen until the second half of the year. That means less money is available at the start of the year and can lead to a glut of sales later in the year as authorities rush to sell, which can have a negative impact on liquidity in the financial markets.

Removing the three-month gap from January to March when no bonds are issued helps local governments plan their sales throughout the year according to the timetable of the projects they want to fund, while also stabilizing market expectations, Zhao said.

However, even if SPBs are issued early, the State Council’s stipulation that priority be given to regions where work can continue over the winter months means northern provinces won’t see much impact in the first quarter of 2019, said Huang Wentao, a macro analyst at CSC Financial Co. Ltd., a Beijing-based investment bank and brokerage house.

The State Council has tried to help local governments in other ways. In June, it lifted a ban on the use of SPB proceeds as equity capital for certain types of infrastructure projects. That has spurred several provincial-level authorities, including Inner Mongolia and Shandong, to issue special bonds to raise equity capital for high-speed rail and airport projects. The cabinet’s September meeting further specified that 20% of all SPBs issued by each province could be used as equity capital for qualified projects, although they still have to meet other requirements related to compliance and risk control.

Guo Lei, chief economist at GF Securities Co. Ltd. has estimated that, assuming the 2020 SPB quota is raised to 3 trillion yuan, up to 600 billion yuan could be used as equity capital, which would leverage a further 2.4 trillion yuan of investment. But Zhao from the CAFS points out that many types of projects, such as airports and high-speed railways, require equity capital to be as high as 50% to 70%, which means the leverage effect may not be as high as some are anticipating.

Despite government efforts to push SPB for infrastructure spending, many local authorities may still be reluctant to implement the policy. For starters, the bonds cannot be repaid through the budget using fiscal revenue so they need to be sure that the projects can generate enough cashflow to make the repayments.

But that’s easier said than done. Prospectuses for some SPB sales reviewed by Caixin show that even for the same project, cashflow estimates in different prospectuses issued within a two-year period vary significantly. Zhao also cautioned that while three-year cashflow estimates may be reliable, any longer-term projections cannot be guaranteed.

A government official in eastern China told Caixin earlier this year that spending on expressway construction in his province in 2019 will be 40% lower than last year, and for 2020, most spending will go to unfinished projects, with very few new ones getting off the ground.

Worries that SPBs will add to the already onerous burden of local government debt is also making officials wary, even though the bonds are counted as explicit debt and are consequently more transparent and easier to monitor. There are also concerns that local government risk management controls, while improving, are not sufficiently strong to prevent money being invested in projects with low returns.

The danger now for the government is that having succeeded in gaining control over the “back door” of hidden local government debt through a crackdown on LGFV financing and other murky funding channels, it is now opening the “front door” that will lead to another surge of borrowing and a flood of unproductive and unprofitable infrastructure projects.