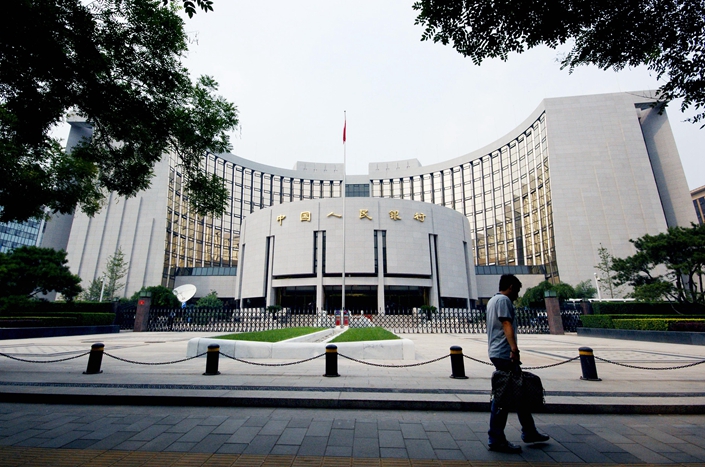 The headquarters of the People's Bank of China in Beijing, Sept. 2, 2019. Photo: VCG

After consumer inflation hit an almost six-year high last month, a senior People’s Bank of China (PBOC) official said that the central bank will closely watch a variety of inflation indicators and work to allay concerns that inflation could rise further.

“There is no basis for continuous inflation or deflation in China currently,” Sun Guofeng, director of the PBOC’s monetary policy department, said at a press briefing on Tuesday. In September the consumer price index (CPI) rose 3%, up 0.2 percentage points from the month before and the highest reading since October 2013.

The authorities must work to prevent expectations of high inflation from spreading and creating a vicious spiral, he said.

Faster-rising food prices, especially pork, were the major drivers of CPI growth. The average pork price rose 69.3% year-on-year in September, up from 46.7% the previous month and the fastest growth since August 2007. That contributed 1.65 percentage points to CPI growth, official data shows. China’s pork industry has been decimated this year by a deadly epidemic of African swine fever which has spread to every provincial-level region of the country.

Sun said that when formulating monetary policy, the central bank will pay attention not only to CPI growth but also to other inflation indicators including the core CPI, factory inflation and the GDP deflator, a gauge of general inflation in the economy.

The core CPI — which excludes more-volatile food and energy prices and which economists say better reflects long-term inflation trends — remained at a more than three-year low of 1.5% in September. The producer price index, which tracks the prices of goods circulated among manufacturers and mining companies, dropped 1.2% year-on-year on falling energy prices and cooling domestic demand.

There have been signs of the impact of soaring pork prices spreading to other kinds of meat and other consumption items, said economists with research firm CEBM Group Ltd., an affiliate of Caixin Global.

Economists from multiple institutions predicted that the CPI will continue to rise at a rate of 3% or higher in coming months, but are divided on whether the central bank will further loosen monetary policy. Some expect further monetary easing as China’s economy has come under greater downward pressure in recent months, with multiple economic indicators coming in worse than expected amid soft domestic and global demand.

Several economists believe that China’s third-quarter GDP growth has likely dipped below 6% year-on-year, down from 6.2% growth in the second quarter and 6.4% growth in the first quarter.

The country is scheduled to release a slew of major economic data this Friday, including GDP growth for the third quarter of the year.