Industrial Giant Gets Stay of Execution on Debt Repayment 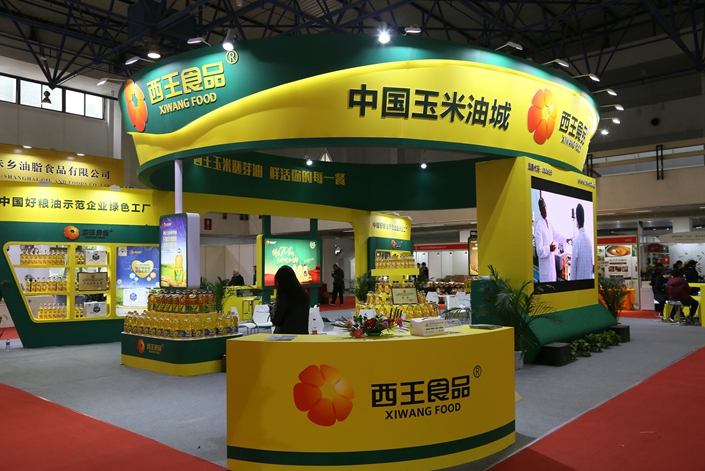 Debt-ridden corn-to-property conglomerate Xiwang Group announced that it had finally gained investors’ agreement to delay repayment of a 1 billion yuan ($143 million) short-term commercial paper issue until Nov. 27 as it struggles to find the money to repay the debt that matured in October.

Xiwang, one of the biggest privately owned companies in the industrial eastern province of Shandong, secured the deal at a meeting on Tuesday, according to a filing Wednesday (link in Chinese) to the National Interbank Funding Center. The group said it will repay the principal and interest due, but gave no further details about the terms of the agreement or how it plans to repay the one-year paper which was issued on Oct. 23, 2018 at an interest rate of 7.7% to fund business operations and pay down other borrowings.

A private placement bond manager familiar with Xiwang Group told Caixin the company “is being proactive and investors have no better option than to agree with the extension as the commercial paper is already in default.”

The company, which is controlled by businessman Wang Yong, is based in the Shandong city of Zouping and speculation had grown that the local government would get involved in a bailout.

Local authorities have been encouraged by the central government to support or help bail out private companies that have hit financial trouble as part of an unprecedented rescue of the private sector that began in the second half of 2018. One of the reasons investors agreed to the extension was to “give Xiwang Group time to negotiate with the government,” a source close to the matter told Caixin.

In July this year, three state-owned investment companies based in Shandong planned to establish a 3 billion yuan fund (link in Chinese) to “support” Xiwang Group, according to a statement on the website of the government of Binzhou, the city which administers Zouping. However, people familiar with the firm’s debt situation told Caixin it was unclear whether the company had received the money and whether it could be used to pay down its debts.

A source with the city’s financial bureau told Caixin that it had not taken part in Xiwang Group’s negotiations with creditors of the short-term commercial paper in default or with other “market entities” but had asked local banks not to call in their loans.

Xiwang Group warned in October that it might not be able to make the payment on time and said the main underwriter of the debt, China Zheshang Bank Co. Ltd., had been negotiating with investors to get an extension. The official announcement of a default (link in Chinese) on Oct. 24 triggered defaults on four other debt securities amounting to 2.3 billion yuan, filings show, including one short-term commercial paper set to mature in December and three super short-term commercial papers, a term used for debt with maturity of nine months or less.

The group also has outstanding bonds of about 9 billion yuan, of which 2.5 billion yuan will mature by the end of this year, according to data from Wind Information.

But the company’s downfall began with the bankruptcy of Qixing Group Co. Ltd., a private aluminum smelter turned property developer also based in Shandong whose debts Xiwang Group had guaranteed to the tune of nearly 3 billion yuan. Under the guidance of the local government, Xiwang took over the management of the company.

For the first nine months this year, Xiwang Group reported a 55% slump in net profit to 45 million yuan and a 1% increase in revenue to 26.6 billion yuan, according to its latest earnings report (link in Chinese).