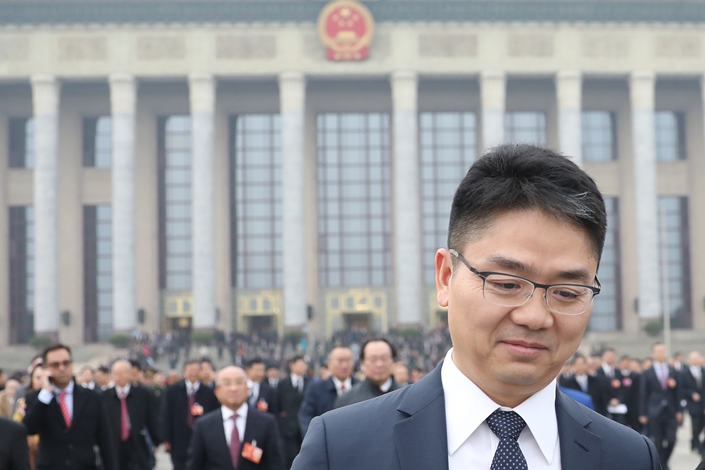 Richard Liu, chairman and founder of China’s No. 2 e-commerce company JD.com Inc., has resigned as a member of the country’s top political consultative body, more than a year after a scandal erupted when a student accused him of raping her in the U.S, state media reported.

Last year, Liu began a five-year term as a member of the CPPCC national committee, composed of experts from a wide range of fields who provide policy advice to Chinese authorities. Serving on the national committee is considered highly prestigious, and other current and former members include the likes of tech titans Robin Li and William Ding, founders of Baidu Inc. and Netease Inc., respectively.

The CPPCC is best known for its annual meeting each March concurrent with a meeting of the National People’s Congress. The two meetings bring the nation’s leading political, business and social leaders together with top lawmakers. During that time, most CPPCC members are expected to propose policy changes in their areas of expertise.

The first time Liu attended the body’s main March meeting in 2018, Liu offered a proposal to address quality issues for both online and offline sales, as well as one on using the internet and big data to improve electronic government procurement. He also floated a proposal on the use of e-commerce to help in China’s national campaign to alleviate poverty.

The case that thrust him into the headlines occurred later that year in August, when a 21-year-old undergraduate at the University of Minnesota accused Liu of raping her following a boozy evening banquet. Liu, who denied the allegations, was at the university to participate in a week-long residency for a Ph.D. program that he had been attending. The local prosecutor ultimately decided not to file criminal charges against Liu, citing insufficient evidence. But the student later filed her own civil lawsuit, in a case that is still pending.

As details of the case emerged last year, some on China’s internet had been calling for him to resign from the CPPCC national committee. At the committee’s meeting this March, Liu didn’t appear at any public forums and didn’t offer any proposals.

The case also spotlighted the dangers of having one person exercise too much control within a company, which is relatively common at many private Chinese firms. Liu holds 15.5% of JD.com, but has an overwhelming voting power of 79.5%.

Concerns over his future after the allegation emerged put a chill on JD.com’s Nasdaq-listed stock, which initially lost about a third of its value. But the shares have rallied in more recent months and gained back the losses as investor concerns eased after the prosecutor said charges would not be filed.