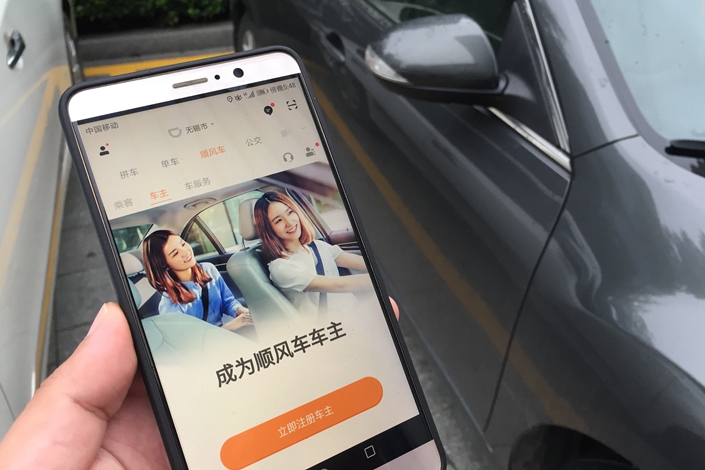 The company said that spikes in sexual harassment-related complaints from female users at night had prompted gender-based restrictions. Photo: VCG

The Chinese ride-hailing giant was forced to suspend the service more than a year ago following two high-profile murders of female passengers.

Didi said on Nov. 5 that it would relaunch the controversial service on a “trial basis” in the cities of Harbin, Taiyuan, Shijiazhuang and Changzhou on Nov. 20 before making it available in Shenyang, Beijing and Nantong on Nov. 29.

However, the service in capital city Beijing and neighboring Shijiazhuang, capital of Hebei province, will be delayed until December for “technical adjustments,” the company said in a release when it turned the feature back on in Harbin, Taiyuan and Changzhou at 9 a.m. Wednesday morning.

Reached by phone, a Didi spokesperson would not provide further detail on the nature of the issues, or how long the trials would last. A Didi employee speaking on condition of anonymity told Caixin that technical adjustments were “part of the reason,” but that the company has “been extra cautious with anything related to the Hitch service” since last year and needs time to tweak the service.

In trial cities, the service will be limited to rides under 50 kilometers (31 miles), between the hours of 5 a.m. and 8 p.m., and the company will not collect its “service fee,” so ride fares will go directly to the drivers. Before requesting a ride, passengers will need to verify their identity with facial recognition registration, and complete a quiz on safety tips.

Didi made headlines earlier this month when its initial announcement sparked a scandal online, drawing accusations of sexism for setting different operating hours for male and female users. In its Nov. 5 announcement, Didi said it would allow men to use the service between 5 a.m. and 11 p.m., but cut off access for women at 8 p.m. The company was forced to backtrack after large numbers of social media users argued the differing hours discriminated against women by restricting their access to the platform, treating them as victims, and shifting responsibility for protecting their safety back into the hands of mostly male drivers.

After company president Liu Qing said on her personal social media account that the new rules were unsuitable and asked for time to adjust them, Didi apologized and altered its plan to make the service equally available to men and women between 5 a.m. and 8 p.m.

In a statement (link in Chinese) on its WeChat account, the company said that spikes in sexual harassment-related complaints from female users at night had prompted the gender-based restrictions.

Didi expressed "deep apologies" for its "lack of consideration and poor communication," and cited a failure to properly appraise the plan or get public feedback.