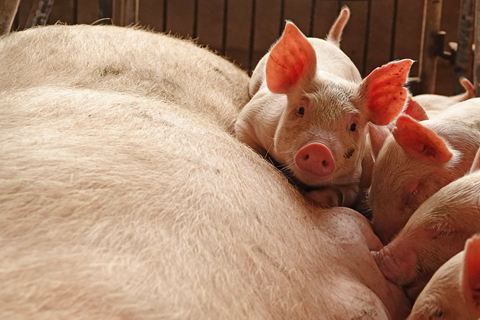 The country’s stock of breeding sows rose 0.6% in October from the previous month, the first growth since April 2018, Yang Zhenhai, chief of the animal husbandry and veterinary medicine bureau under China’s Ministry of Agriculture and Rural Affairs, said at a news conference on Friday.

At the same time, the overall stock of pigs fell 0.6% month-on-month in October, with the decline slowing from declines of 3% in September and 9.8% in August, said Yang.

Since the first case of African swine fever was reported in China in August 2018, the devastating disease has wiped out a significant portion of the country’s hogs and caused severe pork supply shortages and soaring prices. Industry analysts expect the country’s pork production will drop as much as 40% this year.

The world’s top pork consumer has since boosted pork imports from the U.S. and other countries to fill the huge supply gap. The move has even tightened pork supply in the U.S. and Europe as meat processors around the world ship more pork to China, driving up pork prices globally.

Yang said given the progress has been made in disease prevention and control, the government expects the domestic stock of pigs to return to 80% of normal levels by the end of next year.

Higher output of meat substitutes has also made up a part of the pork supply shortage, said Yang. In the first three quarters of this year, production of beef rose 3.2% year-on-year and mutton rose 2.3%.